Home > Feature > Chick-Lit is Not a Bad Word

Chick-Lit is Not a Bad Word

Everyone now and then, someone gets their knickers in a twist over the use of the term “chick-lit” and it being demeaning to their work. It’s certainly not the readers of the genre, who use it with affection. We can’t blame the marketing people for using it when it sells books. Anything that increases reading in any way is good and sales keep the publishing industry going so they can publish more niche books too. The use of cartoonish covers in pastel shades probably don’t help matters but we’ve all been taught not to judge a book by its cover. I think most authors that fall within the genre are pretty clued up on the audience they’re writing for and, again, the label actually sells stuff so they can’t complain.

So that leaves the people that don’t know what they’re talking about. The ones that confuse chick-lit with Mills & Boon (though there’s nothing wrong with reading that sort of romance if it’s your thing). Do we care what these ignorant people think? We should just pity them for not taking a chance on an unknown book. Think of all the great reads they’re missing out on! 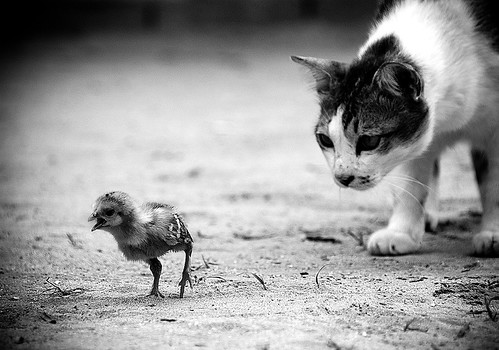 
It wasn’t so long ago (OK maybe it was) when chick-lit was limited to “bonkbusters” by the likes of Jilly Cooper and Jackie Collins. Actually, I quite like Jilly’s books, they hark back to a day when showjumping was considered glamourous after all. But then Bridget Jones came along. I know there is a lot of mixed feeling about the book but Helen Fielding brought back what Jane Austen did best with a rework of Pride & Prejudice for the modern day. The heroines are less than perfect, they make bad choices and they have a network of family/friends to prop them up and share confidences with. Oh yeah, and they’re funny. No wonder a host of other novels were hot on its heels when it proved successful.

So what is chick-lit then? I like to think of it as literature (that’s the lit part) that appeals to a female audience (that’s the chick part). Us women read a wide range of fiction, but there’s something about a girl meets boy scenario that scares the male reader off. The heroines are rarely tomboys so there is a lot about their lives that wouldn’t be of interest to the average man. I’m not saying that they can’t be enjoyed by both sexes, but it’s rare. The books can cover all sorts of issues, from the age old not being able to find a decent man (a serious enough issue for many) to domestic violence but they always have a lighter edge and usually a romance to keep us going. If not, I’m not sure they have been correctly categorised.

Sophie Kinsella’s Secret Dreamworld of Shopaholic is one of my favourite chick-lit reads. Our heroine is instantly likeable, the writing is funny, there’s a will-they-won’t-they romance and at the core is the serious issue of debt. For those who have always been solvent, Becky’s crazy spending habits might have just been amusing or weird but it’s actually a scarily realistic portrayal of what can happen. The credit crunch has given us all a glimpse of it.

Of course, Marian Keyes is always brought out to defend the genre. I do think it’s partly marketing that has classified her as chick-lit rather than the content itself. I’ve never felt that her books are fundamentally about the romance, actually most of her books are pretty unromantic. I think she’s a fantastic writer and Is Anybody Out There is one of my faves but I’m thinking chick-lit is much more about being an updated romance genre.

People say that books for men don’t have an equivalent but I’m pretty sure that dick-lit exists. I don’t want to pick up a book by Andy McNab at any point in my life…unless it’s to move it out the way. There’s a whole host of authors that write for the male market, it’s just credit to the female sex that we’re a bit more forgiving and are more likely to try out the other side.

I don’t read as much chick-lit as I used to but that’s not because I think it’s beneath me. I have read a lot in the past and it’s hard to find something that stands out as different. Coupled with the sheer number of amazing books out there to read across all genres, they’ve taken a back seat in recent years. Of course, I still like to get lost in a bit of romance now and then, and I will turn to chick-lit when my reading starts to lack in that department.

From London With Love

One Girl’s Thoughts on Sci-Fi

I Turned Out All Right

Afrofuturism On My Shelves