The Colour of Death 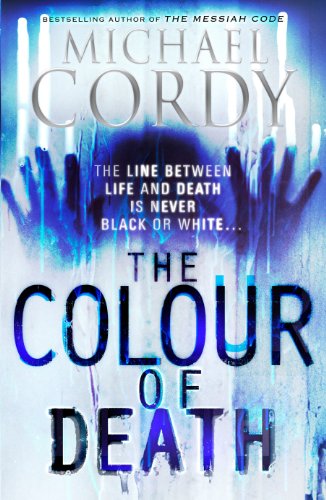 A woman is found at the scene of a crime with no memory of who she is or how she came to save the lives of eleven girls sold into slavery. In order to help retrieve her identity, the police bring in psychiatrist Dr Nathan Fox who has no memories of his own childhood trauma. Fox has a form of synaesthesia in which he feels other people’s pyshical contact and pain, and he soon realises Jane Doe has the same sensations and more. When the police connect her to a series of murders, Fox is more determined to find out who the mystery woman is.

The condition of synaesthesia is fascinating and probably more common than you may think. The best known form is that of perceiving colours for letters and numbers but the term covers a wide range of interconnected senses. The premise of The Colour of Death is that a person that shows all forms is hyper-sensitive to their surroundings and may come across as being pyschic. Sounds good? I found that in trying to explain Jane Doe’s visions with quantum physics, Cordy made the whole thing a lot less believable to me than if it had just been something supernatural that we could choose to believe or not.

On the other hand, the idea of synaesthesia being something spiritual is also explored yet I found this got a bit repetitive and somewhere in the second half it just got a bit too weird. I wasn’t sure if I was meant to be believing what was going on or if they were just delusions of a psychopath!

Ignoring my skepticism, it’s a good pacy read and I liked the characters of Fox and Jane Doe (I won’t spoil it by letting you know if we find out her real identity). I agree with other reviewers that Cordy has set it up nicely for a series, one that I would be interested in reading. I think the concept that is laid out in the final pages would be an intriguing one, if I can just get past the quasi-science.

I read this book as part of the Transworld Book Group challenge. Keep your eyes peeled for other bloggers taking part and reviewing some of the same titles over the next couple of months. You might want to read reviews of The Colour of Death @ So Many Books, So Little Time or Sophia’s Book Blog. If I’ve missed your review, please post a link in the comments!

It's Monday! What Are You Reading?