Things have taken on a darker edge in the second instalment of the Lily Bard Mysteries. The town’s champion body builder is found dead at Marshall’s gym and all signs point away from accident. With that and the deaths of two others, one a young black man Lily had recently saved in a fight, the racial tension in the town is reaching boiling point. 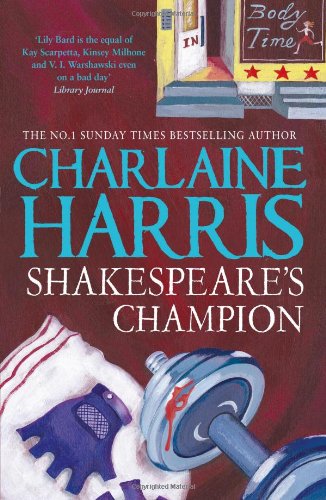 Shakespeare’s Champion started off very much like the first book, with Lily going about her training and cleaning routines and keeping the local men at a distance. However it soon becomes a lot more gripping and I found myself not wanting to put the book down. It feels a lot more like the Sookie stories and I think even if you’re disappointed by the lack of supernatural you would still enjoy this series.

I do find myself shocked at some of the attitudes towards the black community in a book that is set in fairly modern times. The fact that even Lily thinks people should be careful who they go out with just highlights how different the Southern states are to the liberal culture I have always lived in.

It's Monday! What Are You Reading?

The Old Woman With the Knife