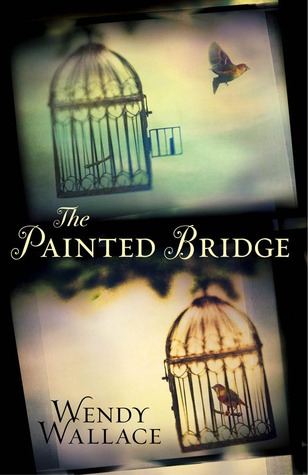 Anna Palmer believes she is merely visiting friends of her husband when she arrives at Lake House. Instead, she is left behind, shepherded into a room and locked away. Her husband, Vincent, has had her committed although the patrons cushion the words by calling it a retreat for ladies. A retreat where the guests can’t leave. Whilst Mr Abse had no doubt that Anna is suffering from hysteria, Dr Lucas St. Clair is using the new technology of photography to find the truth in his patients’ faces. Can Anna trust him to help her or is she destined to be unjustly imprisoned forever?

Anna’s fate may seem scary but it was a common one in Victorian England. The forced normalcy of life at Lake House is quite sinister when you think the ladies can’t leave and the majority of them are quite sane. Abse might come across as a well-meaning bureaucrat, who has taken on too much, but the character of Makepeace, the omnipresent matron, is the one who really sets the atmosphere on edge.

My interest in photography meant I loved St. Clair’s role in the story. I had never heard of its use to diagnose mental illnesses before, though of course, nowadays we know it’s not that simple. But St. Clair very much wants to prove his theory but he is a much more compassionate character with an open mind. I loved the little period details of the actual processes involved and how easy it was to ruin things!

I would question why Wendy made Anna suffer from visions. Without them there would have been a wonderful contrast between the sane woman locked away in the asylum just because her husband wanted rid of her and the young woman who would actually receive psychiatric help in modern times but does not have her condition acknowledged. Even though the visions are explained eventually, it makes Vincent’s actions seem justified by Victorian standards; I would worry about anyone having hallucinations. However her mental state and actions do come across as someone in their right mind who does not deserve to be where she is.

I would recommend The Painted Bridge to anyone who loves stories set in the Victorian era and it’s a worthwhile read for those with an interest in the history of photography. Published by Simon & Schuster, it’s currently available in hardback and ebook formats with the paperback due in April. Thanks go to the publisher for providing a copy for review.

Top Five Reasons You Should Support Your Local Indie Bookstore

The Light Between Oceans

The Evolution of Inanimate Objects