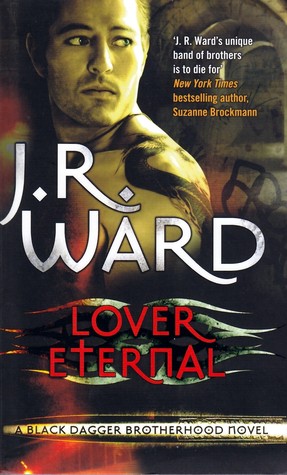 Fancying a bit of non-taxing reading over the last few days, I picked up book two in the Black Dagger brotherhood series, ready to give it another go. Lover Eternal follows a similar formula to Dark Lover but focuses on Rhage aka Hollywood. Cursed with the beast, he keeps it bay with casual sex and violence (not at the same time) but when he meets Mary, things start to change. But Mary is sick and human and does not belong in the warriors’ world.

I found the relationship incredibly predictable, just as in the first book it’s all about the dangerous, untouchable vampire warrior seeing the error of his ways and finding love. But meanwhile, Tohrment and Wellsie take in a pre-transition vampire, John, who was born without a voice-box. There’s an obvious connection to Darius (the one that died at the start of book one) and it’s a storyline that’s keeping me hanging on.

Whilst I really enjoyed the involvement of the lessers in Dark Lover I found O’s story broke the pace a little. It was more of the same and only really got interesting near the end when he takes action against one of the main characters. However is was an absorbing and easy read and the crux of the matter was, when I got to the end, one of the character’s seemed to have been forgotten about despite being in mortal peril last time they were seen. So of course I had to read on… 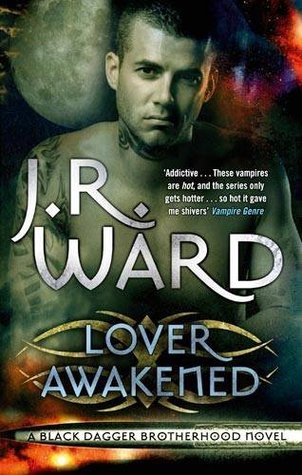 Lover Awakened follows the brother that I was most interested in as a character in the first book; Zsadist. His past is revealed and we learn why he’s like he is and the reality behind his reputation. With a background of abuse, the other brothers think he’s beyond redemption but Bella won’t give up on him. This was my favourite book of the series so far; Zsadist’s reluctance in the sex department prevents some of the over-the-top sex scenes as well.

So I thought I was finally getting into the series and there are lots of loose ends from book to book so I carried on and read Lover Revealed. This time Butch and Marissa take the driving seat for the main relationship plot. She’s having trouble existing in the world of aristocracy who snub her for her involvement (or lack of it) with Wrath (see book one). Butch has been a bit stalkery since they last met but has pretty much come to terms with the fact that she doesn’t want him, hanging out with his roomie Vishous (who seem to be getting very close). 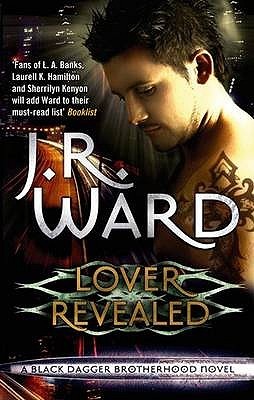 I got a bit fed up of all the misunderstandings between Butch and Marissa. I think after the first few crossed wires they should have guessed that they were always getting the wrong end of the stick. It’s one of those devices that generally annoys me so to be used repeatedly, argh! However the more interesting story is that of Butch and the lessers. He is taken hostage near the start and they do something to him. I wish more effort had been put into his emotional responses to what was happening to him rather than mooning over Marissa. The transformation of his character will be interesting for future books. I was tempted to go onto the next book to find out about Vishous who feels like he could be an interesting character underneath the veneer, but I really was starting to tire of the formula.

I have mixed feelings about this series. On one hand there are plenty of storylines and characters that I want to keep reading about but the individual books seem drawn out. The sex scenes come across as a little cheesy and some of the relationships just turn to mush. It’s a good idea to look at is as a soap opera of sorts. I will read it for the on-going plot lines rather than the individual stories which are a little too formulaic for my taste. Maybe that will change; I know it’s a very popular series! These gets 3 stars, 4 stars and 3 stars respectively.