Home > Literary > Grief is the Thing with Feathers 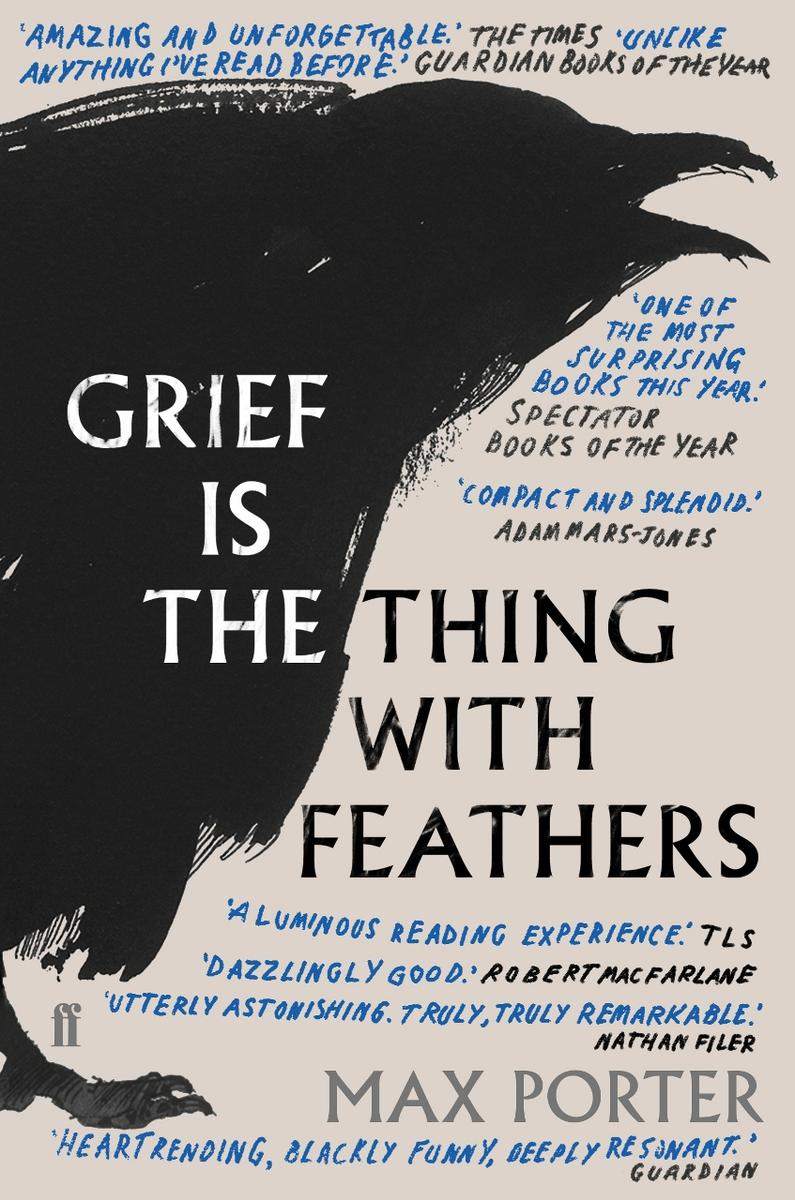 A family in London is faced with the death of the two boys’ mother, the husband’s wife. In the depths of their grief, a visitor arrives in the form of a giant crow. Grief is the Thing with Feathers is a surreal book but also manages to be incredibly moving.

Moving on, as a concept, is for stupid people, because any sensible person knows grief is a long-term project.

I’m not familiar with Ted Hughes’ poetry but I do understand that this Crow is based on the crow his book of poems, Crow: From the Life and Songs of the Crow. The father is writing a biography of the poet and appears to be a huge fan, so perhaps Crow was conjured out his mind. Or perhaps he was real.

Crow’s narrative is often fractured, as if he is fighting between his animal and godlike states. He is sentimental for this broken family. He could be scary but he is a catalyst for healing. He invites himself in a promises not to leave until they have come to terms with their loss.

Perfect devices: doctors, ghosts and crows. We can do things other characters can’t, like eat sorrow, un-birth secrets and have theatrical battles with language and God.

The other narratives are from the perspective of Dad or Boy, always unnamed and the boy could be either, or both, of the children. They appear to be a youngish family, with the father wholly unprepared to be the sole guardian. Yet goes on he does, with grief in his every action.

It is novella length and I think this is perfect for this kind of book. Too long and I would have struggled with the style. But in a small package it perfectly captures a family grieving for the woman at the centre of it. It’s very intimate, Crow being the only outsider.

Hotel Angeline: A Novel In 36 Voices

Into the Drowning Deep