The Final Evolution is the fifth book in the Avery Cates sci-fi series by Jeff Somers. I will disclose the fact that I haven’t read the first four books and therefore my review is not from the point of view of someone following the series. I don’t think it really works very well as a standalone read as the areas I wanted to know more about are almost certainly covered earlier on.

“Belling had always seemed to be dressed in expensive suits, killing people via suggestion and disdain. I was always covered in blood and bile, pinned under fats guys who never bathed. It was enough to make me question my approach.”

Avery Cates is your average hard-ass tough guy. There are lots of guns, augmented brains, avatars with downloaded artificial intelligence, psychics that can control your actions and did I mention guns? It’s certainly action packed and has some good themes going on but I think I have missed out by starting this far in. It takes a while for any sort of plot to form and I think if you don’t like action based fiction, you won’t enjoy this. Whilst I would much rather have the back story of the plague (I still have no idea what it was) and Avery’s history with Orel. I’m sure these won’t be a problem for the seasoned fan.

There were moments that shined amongst the gunfire. After the civil war, many cities are left radioactive and Avery and co enter such a place. The way that humans are used is frightening and it’s one of the few moments that we see a chink in Avery’s armour. The appendix actually made me want to read more and I would have liked that style to have been more prevalent throughout. Avery also hears voices of dead men and women in his head after he had been connected up to other consciences (I’m guessing this was in a previous book) and they guide the way to some degree. 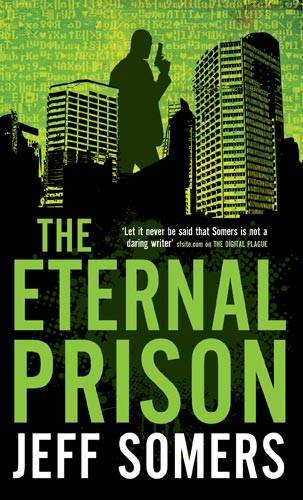 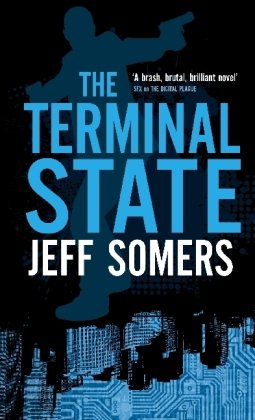 I would advise you not to follow my lead and instead read the series in order:

I think Avery would translate well onto the screen; I’m much more inclined to watch men running around with guns than reading about them. A bit long and probably not my cup of tea, but one for the action sci-fi fan.

The Final Evolution is available from 2nd June 2011 in the UK and 28th June in the US. Thanks go to Orbit for providing me with a copy to review.

If you’d like to discuss this book with me, pop on over to the new forum. If you start a thread with spoilers, please include (spolier) in the title.