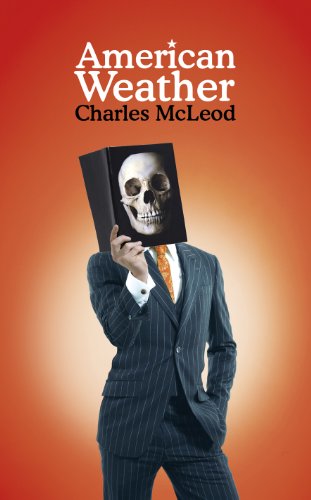 A while ago an article went round at work about how to spot a psychopath in your office and that they were often very successful in business. Jim Haskin reminds me of that. His job is to sell you a lifestyle and he doesn’t care who he walks over to get there. Supposedly “green”, his public image is drastically different to the world inside his head.

The tone is very cynical and I find it hard to work out if McLeod is anti-green or anti-consumerism or just anti-America. Haskin’s wife is in a coma and he blames his own marketing world to some extent. His relationship with her and the circumstances behind her coma are glossed over and I personally would have preferred a bit more insight to how he became such a dislikeable man. It’s OK to hate characters, but there needs to be something for me to empathise with.

Haskin’s first person narrative is interspersed with letters from his son who is at university in England. In some ways he takes after his father but I think there’s still hope for him.

It’s a book of the times; recession, Prop 8, hybrid vehicles, gadgets, Morgellon’s disease and a world of constant marketing. Unfortunately plot is playing second fiddle to the social commentary and it just didn’t grab me. There’s just too much packed in for any one topic to really latch on. I think the presence of Morgellon’s gives it an extra half star from me, though it’s not a huge part of the story, it’s a fascinating condition, driven by the suggestive nature of the internet. But I digress!

American Weather is published in trade paperback by Harvill Secker in the UK. Thanks to Random PR for providing me with a copy to review.

Winner of The Elephant Vanishes Giveaway

Hotel Angeline: A Novel In 36 Voices