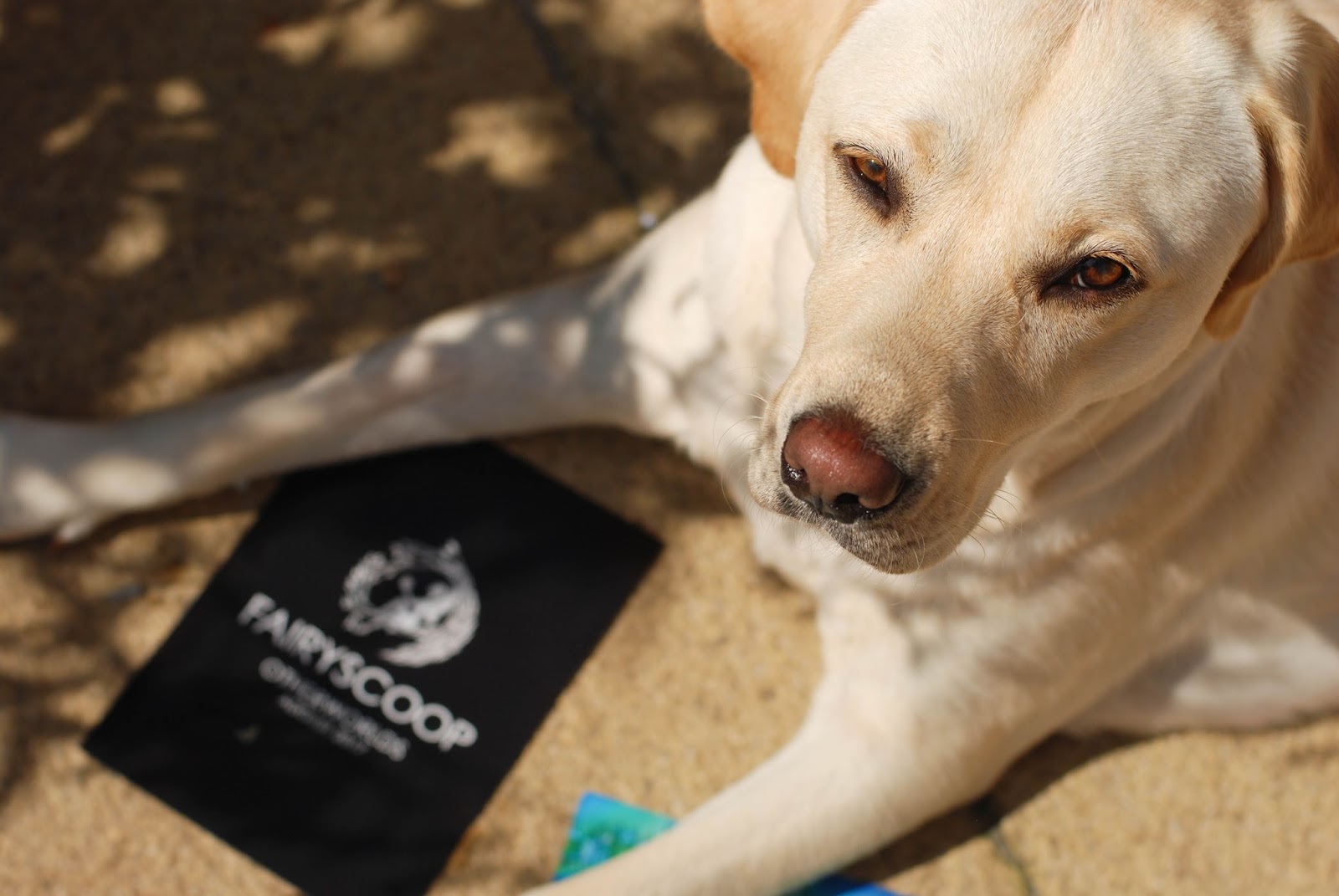 I received three whole bookish subscription boxes this month, so I thought I’d unbox them in one post. This post contains spoilers for Illumicrate, Ninja Book Box and FairyLoot, so don’t scroll past the photo of Scully checking out the fairy scoop if you are still waiting for any of these boxes! They are UK based so check out the links if you’re interested in trying them out.

First to arrive was Illumicrate. I’d seen the hints before it arrived and guessed correctly what the main book would be. The red-sprayed edges are an Illumicrate exclusive, and I love sprayed edges! I’m pretty happy to receive Wonder Woman: Warbringer by Leigh Bardugo in the box because I wasn’t sure if I’d buy it but was curious about it. I am not a huge fan of the endless parade of superhero stuff coming out of Marvel and DC, but it’s Leigh Bardugo and everyone seems to love the new Wonder Woman film. So it’s good that the choice has been taken out of my hands! 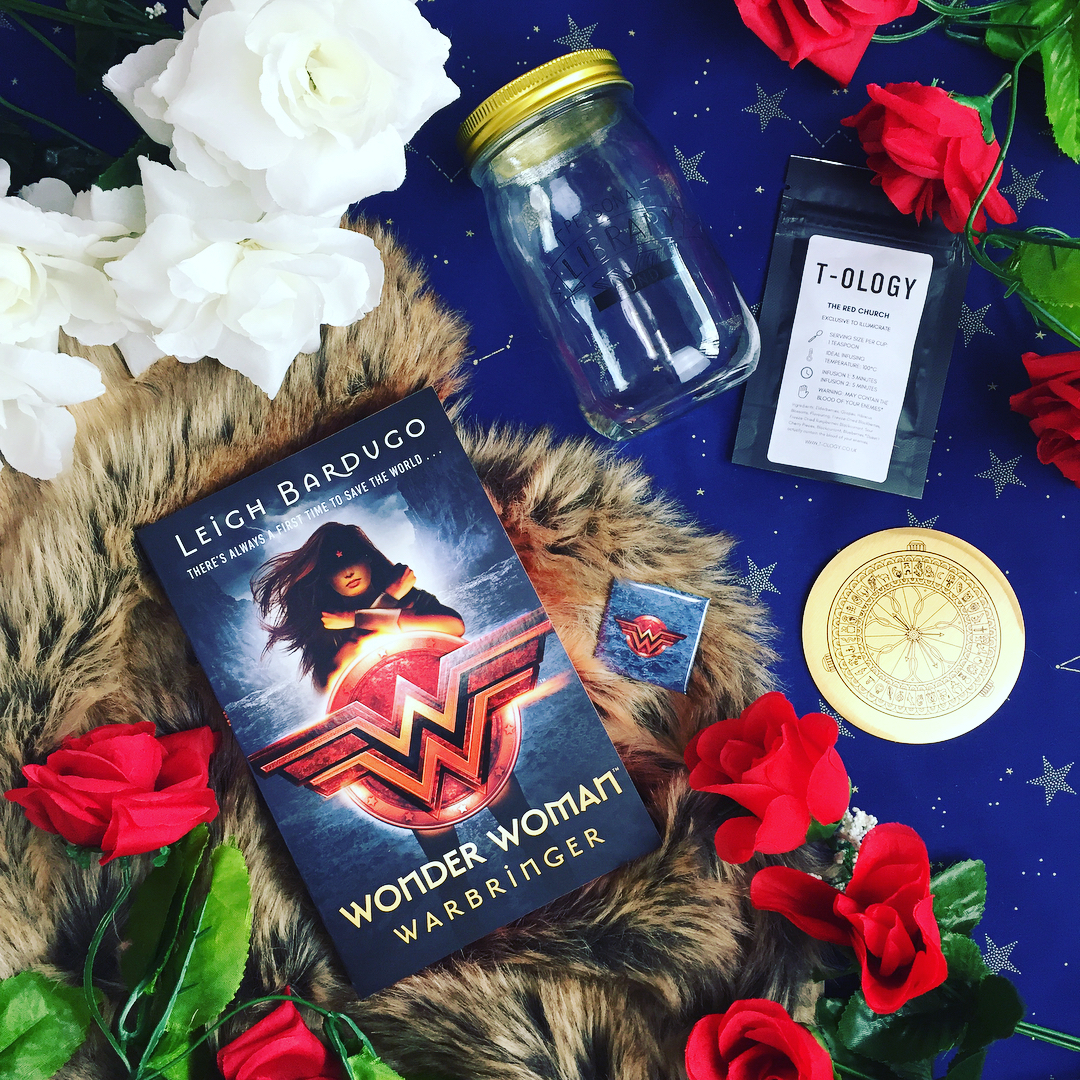 So my absolute favourite thing was the Alethiometer coaster! If you don’t know what this is, you have to go out and read the His Dark Materials trilogy immediately! I hope with the new book out soon we get more merchandise for it. The coaster is an exclusive item by Hannah Hitchman Art who has loads of lovely things for sale. 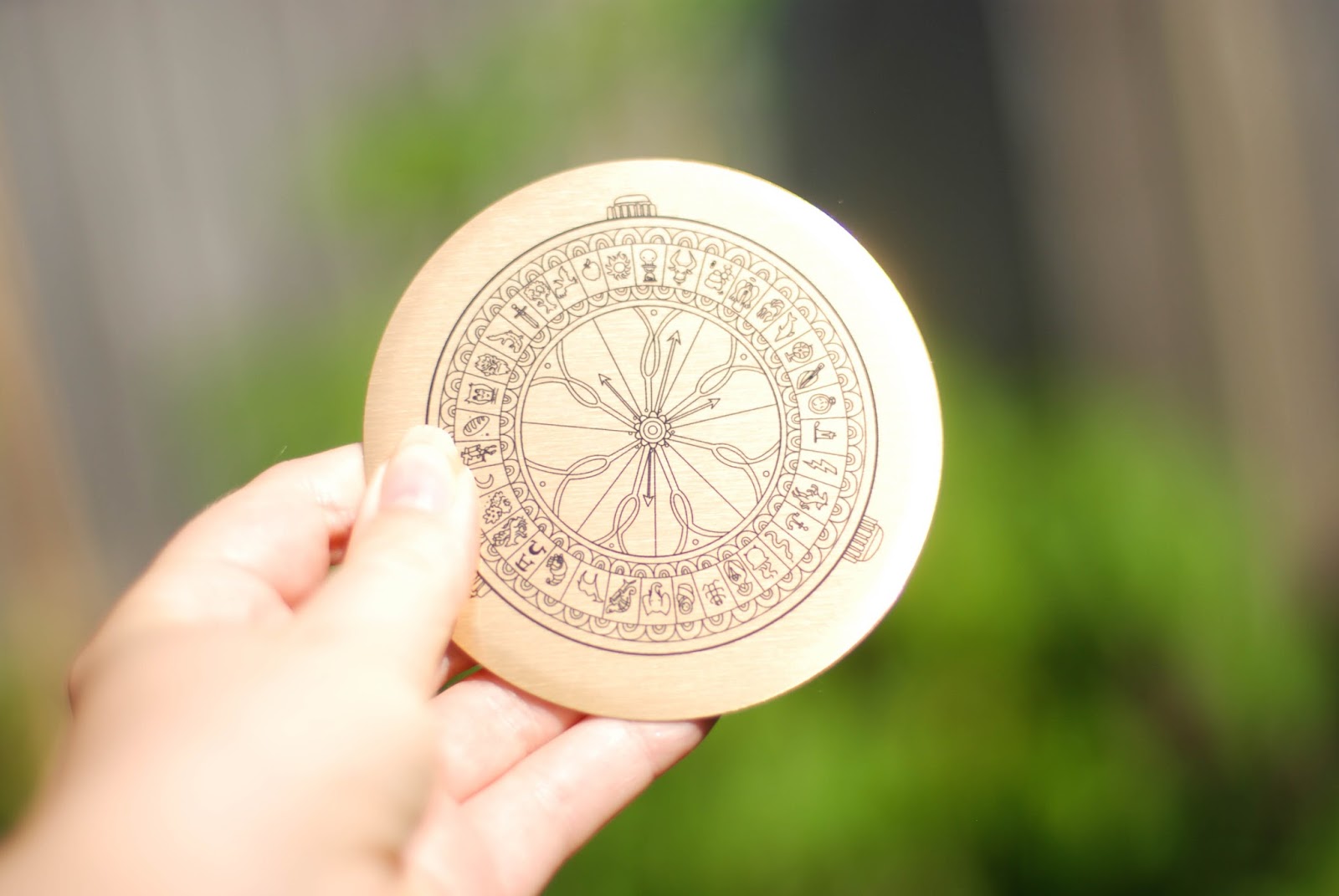 The T-ology tea sounds lovely too. It’s an exclusive Red Church Tea inspired by Nevernight and is full of fruity flavours.

There was also an ARC of Nyxia by Scott Reintgen, which is out in September. I haven’t heard much about this book and the blurb hasn’t really got me excited, so I’m not sure if it’s one I’ll read. However it is a bonus book.

The box was crammed full of stuff this quarter, with a money jar and sticky notes from Blossom Books, a Shakespeare pouch from Miss Phi, Moxie badges, bookmarks and a notebook from Hey Atlas Creative. 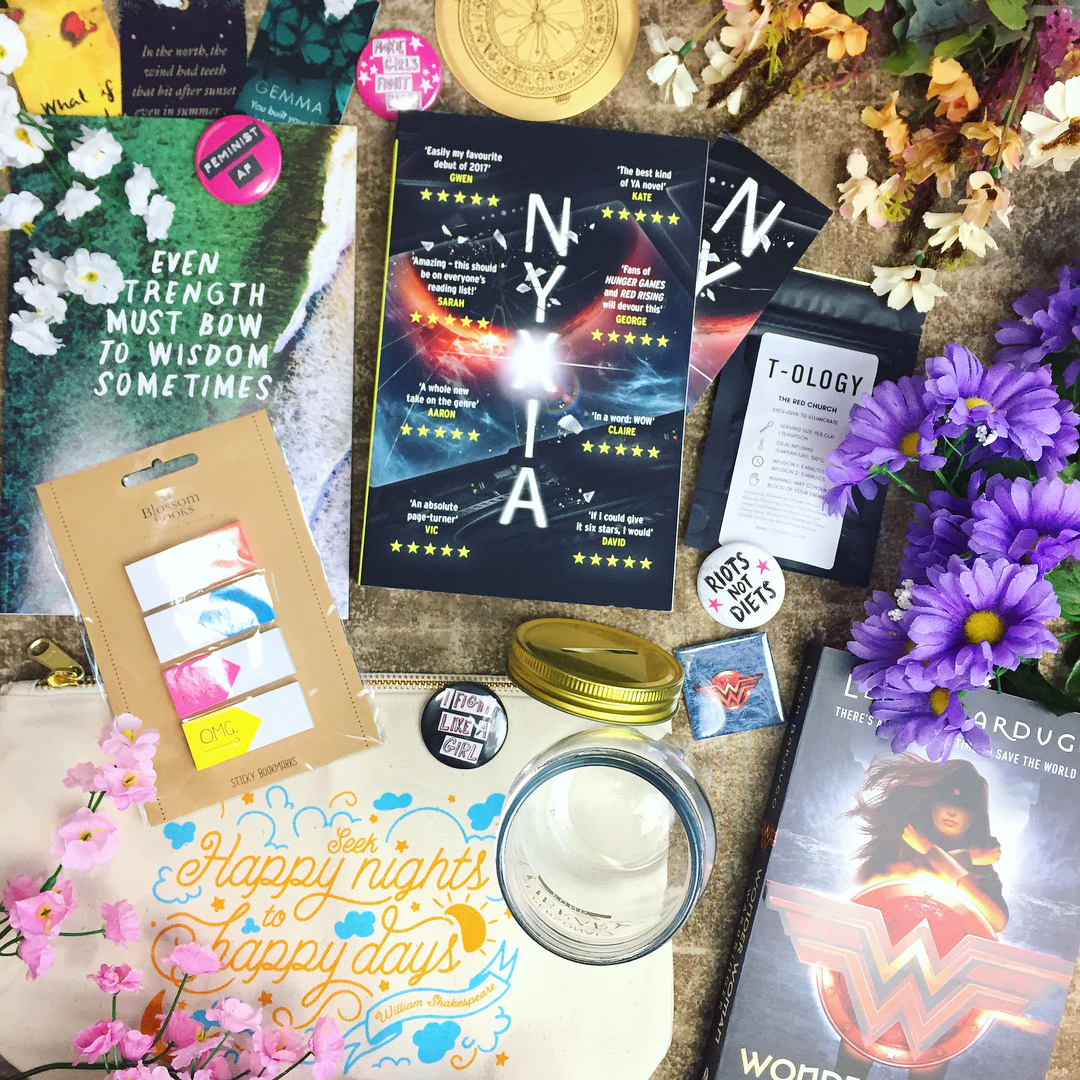 Next up is Ninja Book Box run by the lovely Bex which features books from independent publishers. I skipped the last box as I already had the book and it is one of those boxes where the book is the main focus. This time the theme was Going Home and the book is A Map of Tulsa by Benjamin Lytal from And Other Stories. It’s not one I would have picked for myself, being American contemporary literature, but I like the comparison to Stand by Me. This box is a good one if you’d like to read outside your usual styles.

It came with a map of Tulsa too. Each box has a charm related to the book, this time it was a scooter. I don’t have a photo of it because Scully stole it, and hid it in her crate so I put it somewhere safe…and can’t find it again! So Scully is clearly a fan of the charms.

Another pouch! At least they are useful for stashing all the bits and bobs from these boxes! This one has a black and white houses print. There was a few cards with inspirational quotes and a notebook (I really am not using all these notepads). 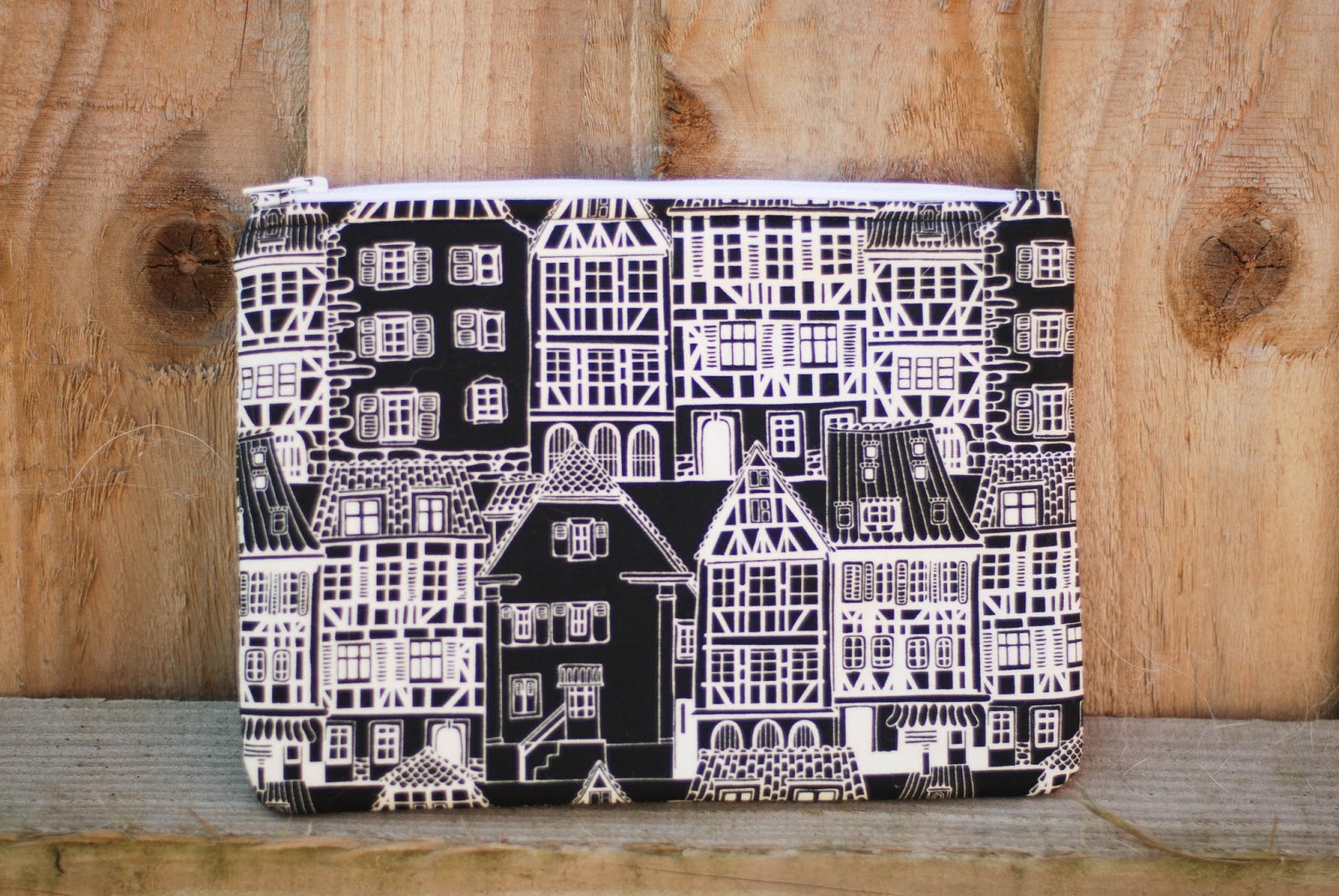 There was also a “writing map” which had lots of writing prompts included. I don’t think I’ll have much use for this myself, but it’s a nice idea for people to get started with creative writing. 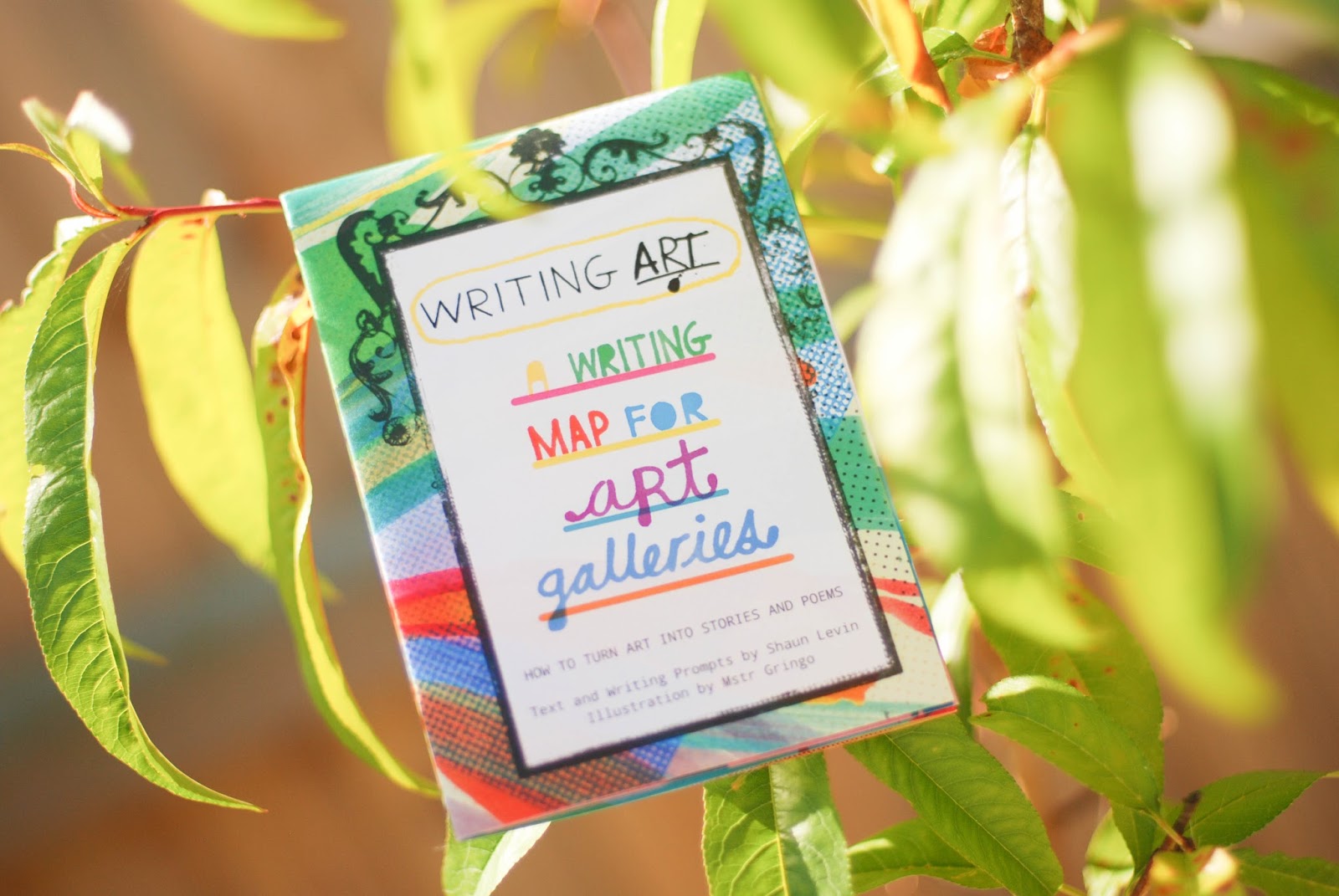 This month I tried out FairyLoot and I am so impressed, both with the quality and quantity of items. Unlike the other two boxes, this one is monthly, and I’ve paid for three months, so expect to see it again! With all the loose leaf teas I’ve had in boxes it was super useful to get a tea-infuser (although we do have teapots). And even better it was a Game of Thrones themed one. Bwahahaha! 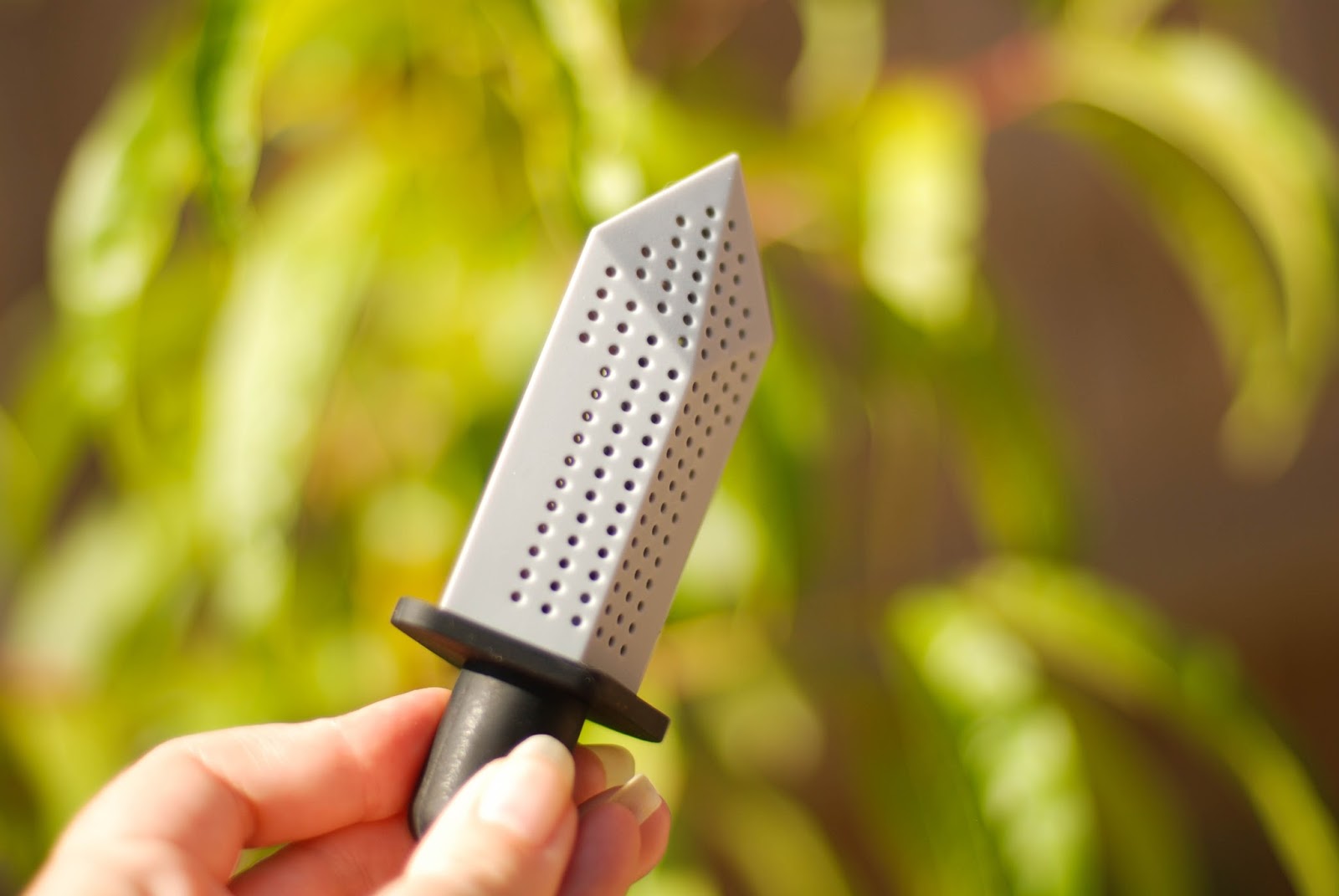 OK, OK, you want to know about the book. I think FairyLoot is exclusively young adult fantasy, so I was pretty sure there’d be something I’d like in it. Wicked Like a Wildfire by Lana Popović has a beautiful cover and I think it’s based on Eastern European folklore. It was on my wishlist anyway, so thumbs up for the book choice.

The book arrives in a professional looking FairyLoot pouch too, which is a nice touch.

As soon as I opened the box, Scully stuck her head in and tried to steal the eye mask. She’s pretty obsessed with trying to get it, I don’t know why! I did manage to sneak it on over her head though. 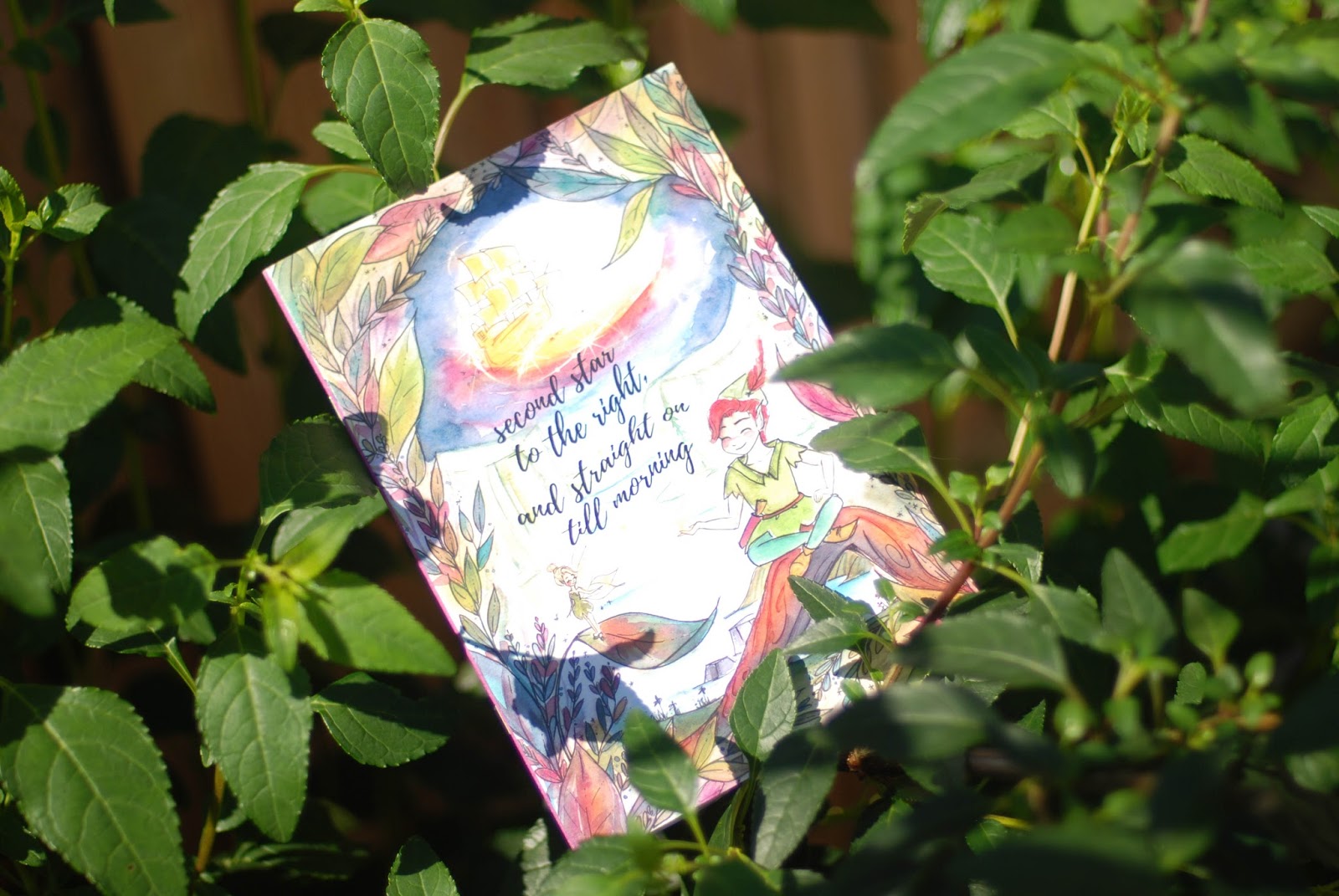 Like all the other boxes, there was a notepad too (art by TJ Lubrano)and the usual samplers and prints, one is a Northern Lights print by Melissa Nettleship. In addition there were some cute magnetic bookmarks from Paperly and Co, I think people got different Lord of the Rings characters, but here are mine (Arwen and Aragorn I think?): 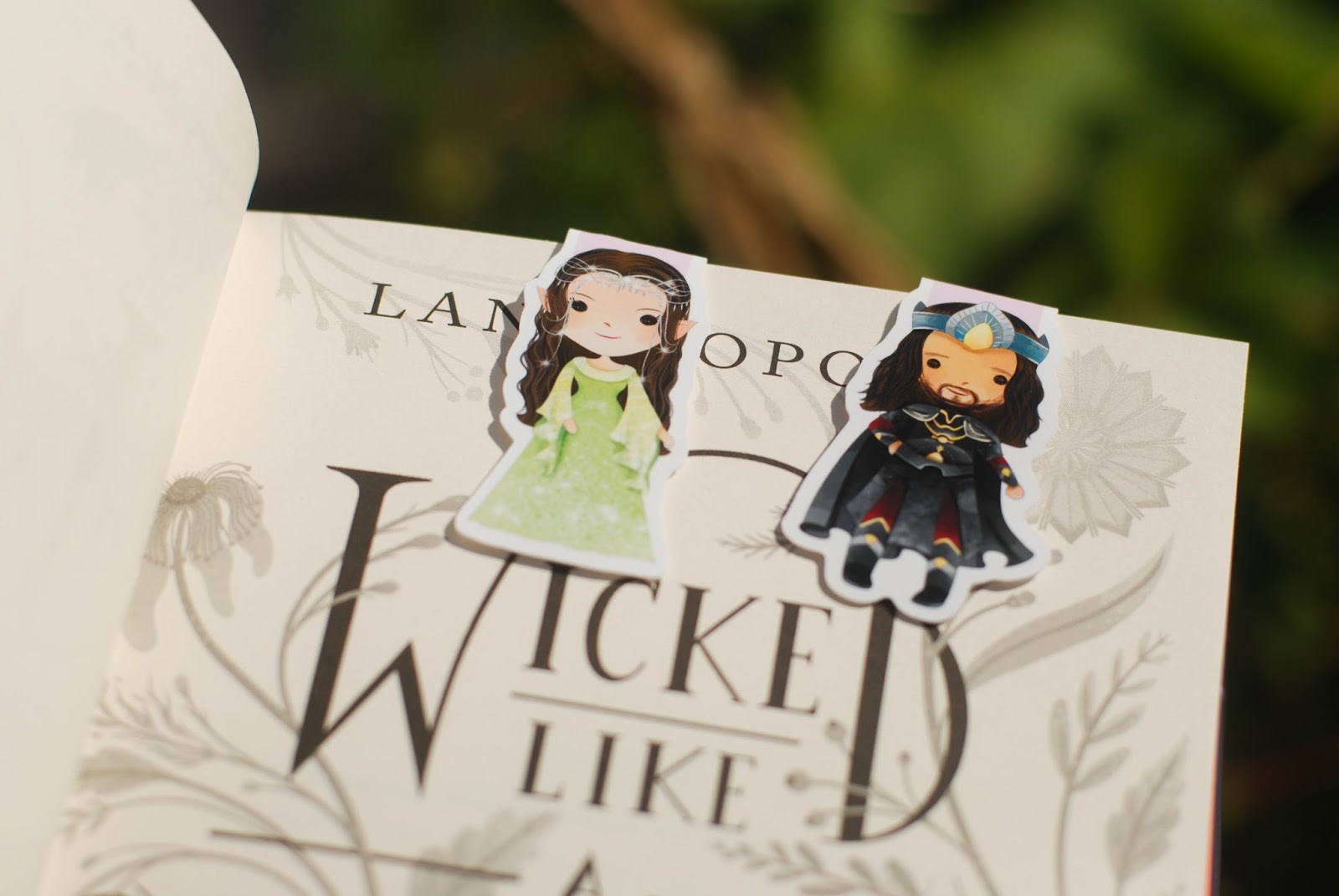 You thought I was done? Nope, there was even more in the box! Actually the box is super lovely in itself, with writing on the inside too. I will probably keep one for storing things in. The necklace has a quote from Sarah J. Maas’ A Court of Mist and Fury. 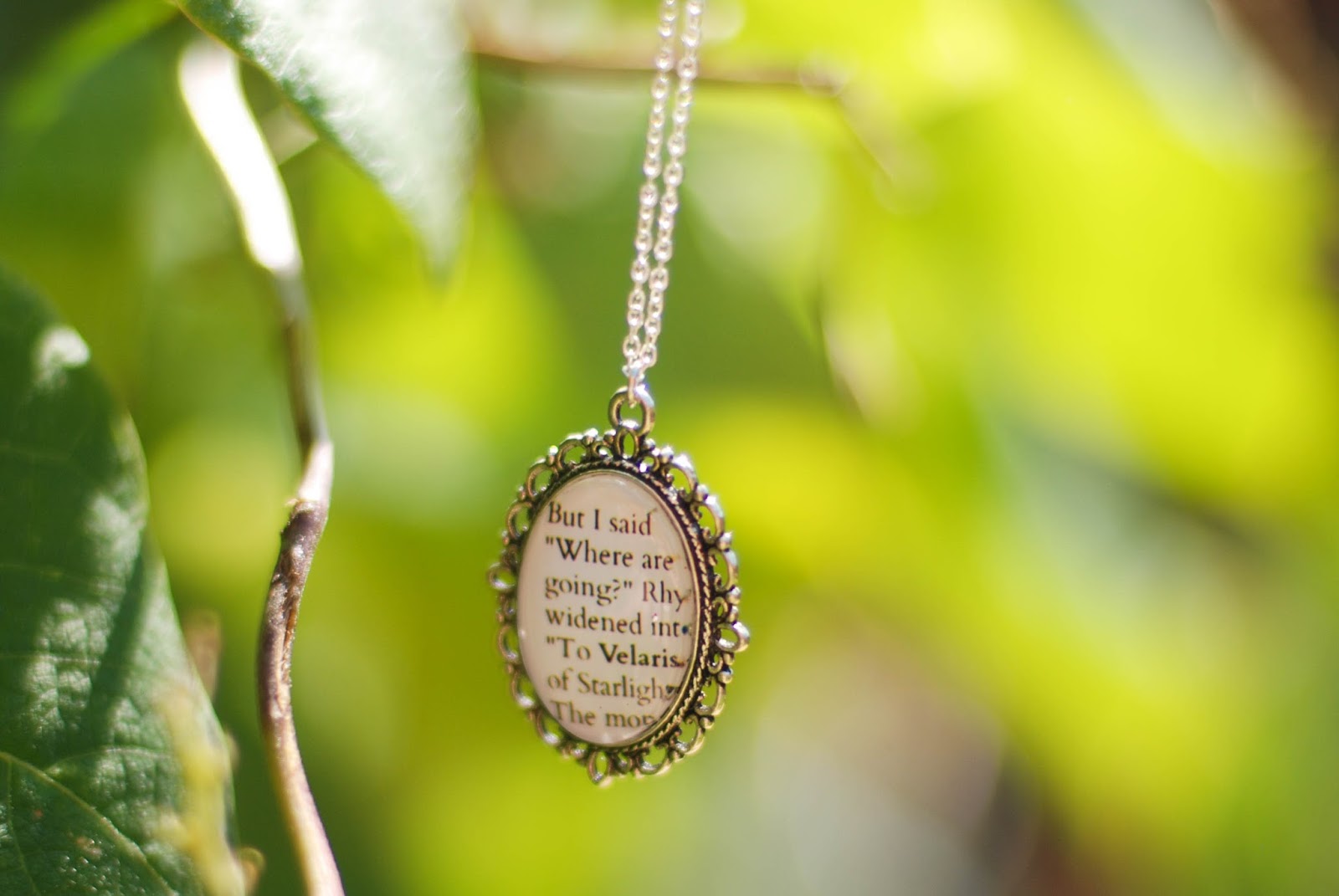 And there’s a sparkly red candle from Book and Nook. I’m not sure who the character it’s based on is (a witch called Anais?) but it’s a strong scent (cocoa, cardamon and fig). Being a dog owner, scented candles can come in handy when there’s a bit of doggy odour hanging around! 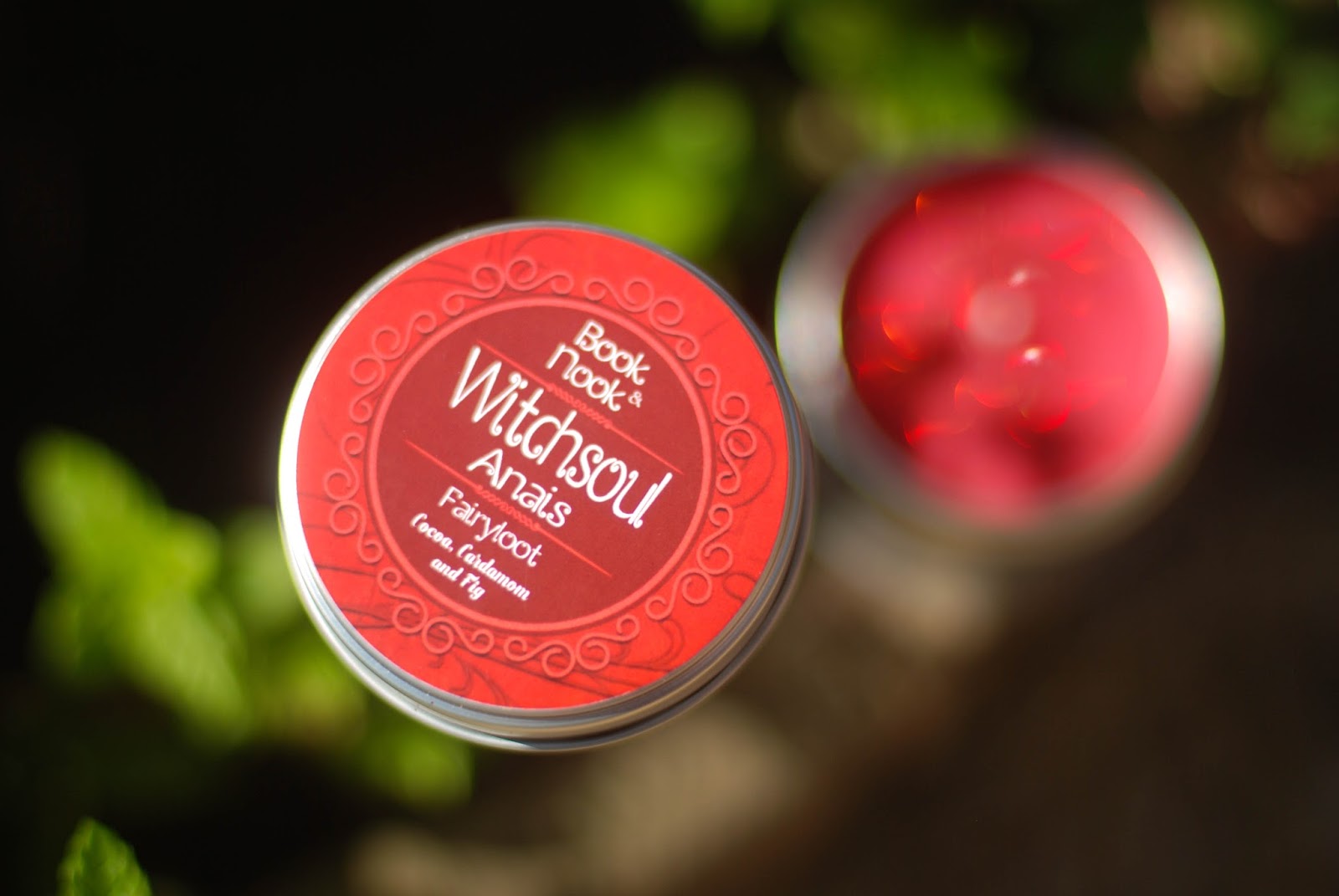 So I would really recommend FairyLoot if you like fantasy, it had so much stuff. They do tend to sell out quickly so it’s best to subscribe to their newsletter to find out when subs open again. They also assign you a code which will match up with your reading buddies which is a nice idea. 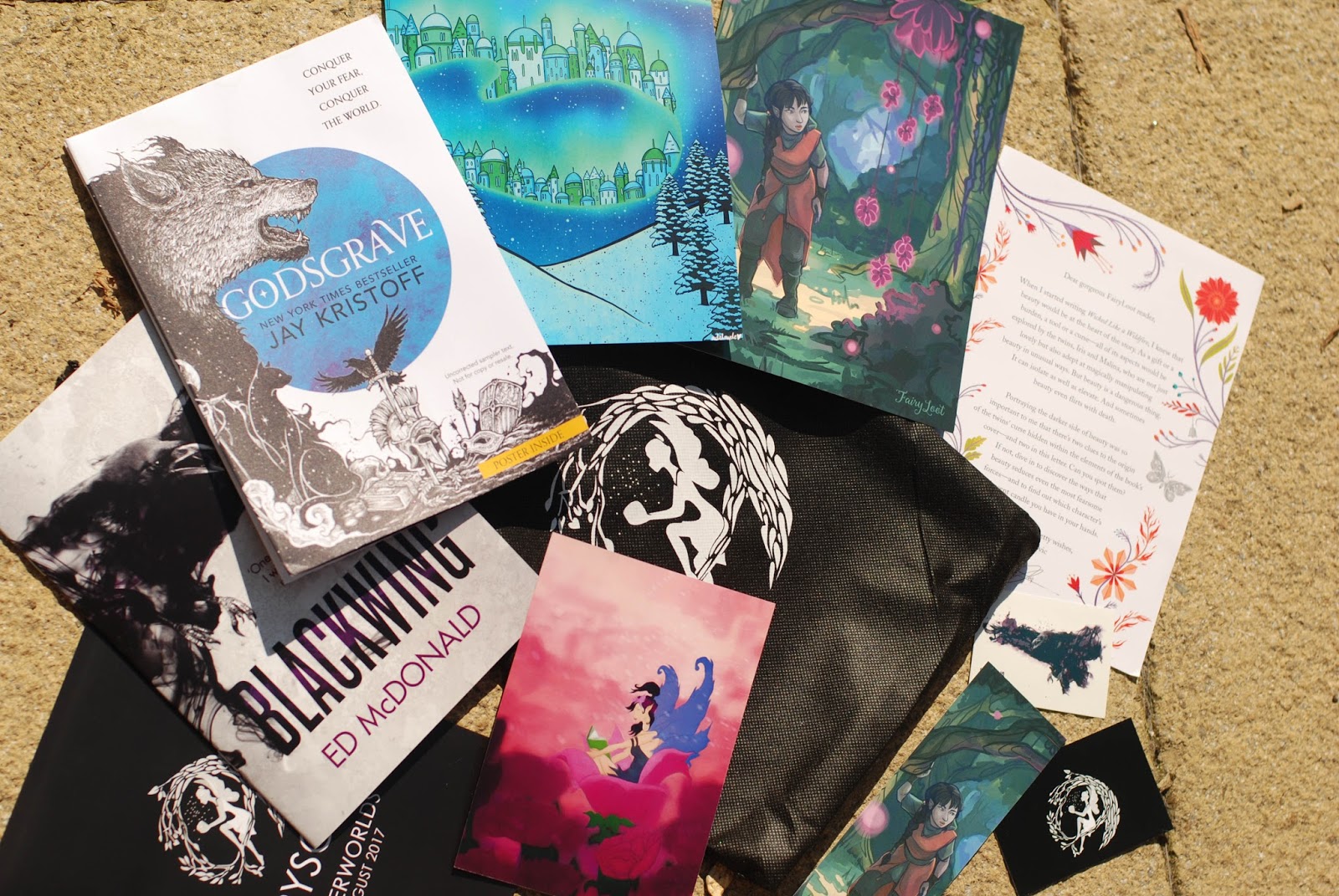 Ah I see, to fix the waiting lists they're going to give everyone "virtual treatment" https://t.co/xZXG3lcsJa

The second book (The Echo) isn't available from @Biggreenbooks so you can't have that one...but rest assured if you… https://t.co/g7KUF8ZBDj

I'd like to buy someone one of The Anomaly books by James Smythe - final book is out next week! It's such a good sc… https://t.co/fQ4NAlrLUk