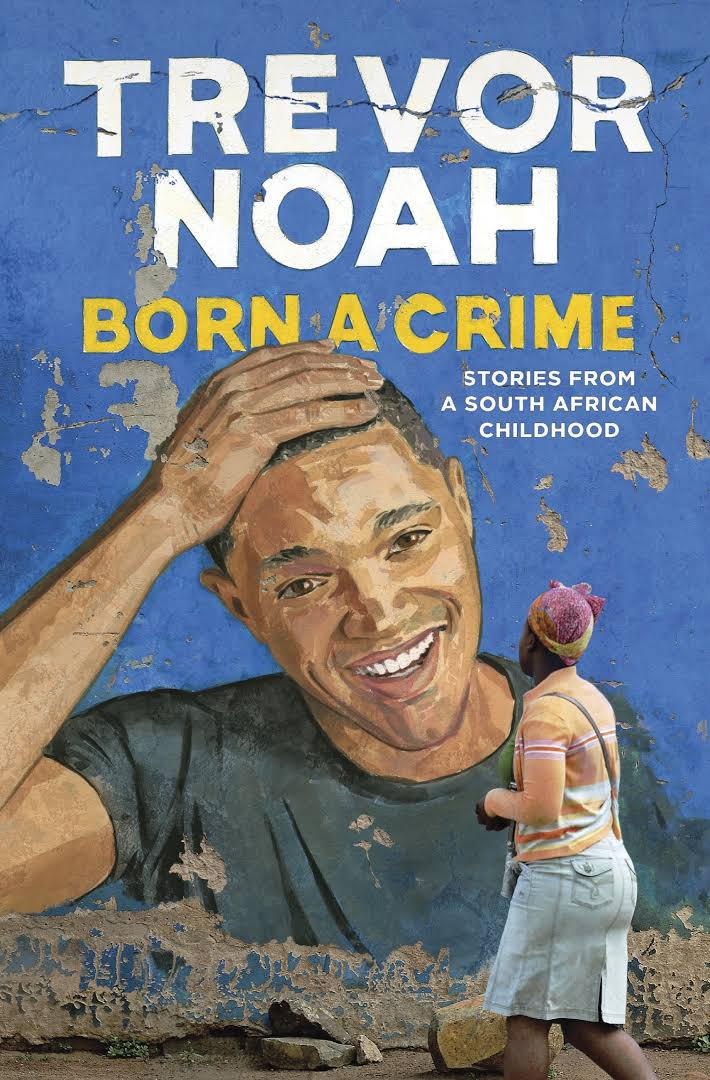 One of the Read Harder prompts I was most dreading was celebrity memoir. Just because I like someone’s acting or singing, does not mean I want to read their life story. However, I bought Born a Crime last year without realising who Trevor Noah was and I was interested in learning about life in post-Apartheid South Africa.

One of the most sinister things about apartheid was that it taught colored people that it was black people who were holding them back.

It’s a great introduction to Apartheid, a terrible chapter in South Africa’s history, but told through the lens of a cheeky boy. When Trevor was born inter-racial sex was a crime. His mother was a no nonsense woman who flouted the rules and lived in the white part of town. There she met a white Swiss man and she asked one day for him to give her a child. I loved the stories of his parents, it wasn’t quite what I was expecting from the title. He was born out of a woman’s desire to give a child everything she did not have for herself.

She did so much to give Trevor the best possible advantages in life when odds were stacked against him. She was fiercely religious and would hit Trevor but everything was done with love. When his mum meets his stepfather, things go downhill and it was hard to read about the domestic violence.

She would hold my hand or carry me, but if the police showed up she would have to drop me and pretend I wasn’t hers, like I was a bag of weed.

Trevor talks about the genius of how Apartheid turned the majority black population against each other but also the utter lunacy of some of the policies. Chinese people were categorised as black but because South Africa wanted a good trading relationship with Japan, the Japanese were classified as white. Your classification could change too, you could become white if you were pale skinned and acted white but you could also be “downgraded” from white to coloured or coloured to black.

His childhood was one of never quite belonging. He was brought up by a black family yet if he ever ventured out in Soweto he would be called white. They were so separated that many had never really seen a white man and Trevor’s paler skin was a novelty. He was educated and spoke many languages, which helped him make friends. If you speak the same language you are familiar and less scary. Yet he didn’t feel accepted by coloured communities, he felt black.

Growing up the way I did, I learned how easy it is for white people to get comfortable with a system that awards them all the perks. I knew my cousins were getting beaten for things that I’d done, but I wasn’t interested in changing my grandmother’s perspective, because that would mean I’d get beaten, too. Why would I do that? So that I’d feel better?

I lost a bit of interest reading about his life of petty crime. He started making money selling pirated music, went on to DJing and then started providing loans, albeit much safer than most loan sharks. I tuned back in for the edge of the seat account of what happened to his mother.

It’s well written with a good balance of history, humour and personal hardship. I laughed at Trevor’s fear of flies going up his bum when he went to the outhouse and the dawning horror of what he does to resolve this.

Forget the gold standard—the hood operated on the cheese standard. Cheese on anything was money.

Thankfully it isn’t at all about his time as a comedian or how he got there. I usually have little interest in reading the childhood portions of memoirs but this was the opposite. It was all childhood and a fascinating look at race from the perspective of a country that’s not the US or UK.

Severed: A History of Heads Lost and Heads Found

The Man Who Couldn’t Stop

The Aquariums of Pyongyang

What the Dog Knows