Last month has been my quietest blog month since I started waffling here in 2011! I’ve not been feeling that great and I think it’s impacted my enthusiasm for blogging. Then I got a cold and even missed Readathon, which was a bummer. I have a few ideas to get my blogging mojo back, and I will have my November “On My Radar” post up this weekend.

I finished the Around the Year in 52 Books challenge though! And I’m one book away from completing Popsugar. The 2020 ATY list is ready now so take a peek if you’re looking for a prompt based reading challenge next year.


I reviewed Pet on the blog and War Girls on my Instagram (another place I’ve been neglecting).

So what did I read?

Command and Control by Eric Schlosser
★★★★

Non-Fiction – Nuclear War
Verdict: This history of nuclear war and the many near-disasters is terrifying. I do not know how we are still on this planet after reading this. If you’ve seen the Netflix documentary already, this book has the specific accident in the Arkansas silo runnign through it but has a lot more information on the history of the bomb, its effect on world politics and a lot of other near misses… Highly recommend if you’re into this subject matter.
ATY: 8. 2 books related to the same topic, genre, or theme: Book #2

Cli-Fi – Dystopia – Reproductive Rights
Verdict: Whilst not specifically a Brexit book, this does feel like a depressing premonition of our future. The population is dwindling and there are policies in place to make women reproduce, all the while food shortages mean everything’s rationed, yet somehow there’s still the elite who manage to have it all. Slightly Ballardian.
POPSUGAR: 22. A book with SALTY, SWEET, BITTER, or SPICY in the title

Gotta Get Theroux This by Louis Theroux
★★★

Autobiography – TV
Verdict: I knew going in that there would be a lot about Jimmy Saville, but gah, there is a little too much. I can totally understand Louis having to come to terms with his friendship knowing what we know now, but I didn’t really want to read about it in depth. I listened to this on audio though and it was nice having Louis chat in my ear. If you’ve seen all his documentaries, there’s not a lot new here, he really doesn’t have much artifice in his TV.
ATY Rejects: By, or about, a current or former journalist 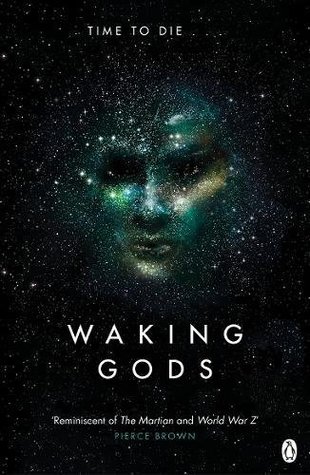 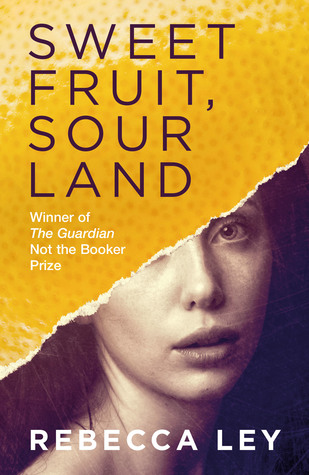 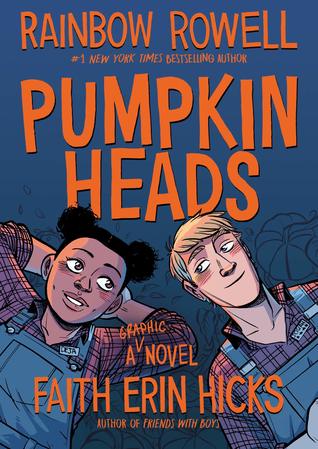 Everything You Ever Wanted by Luiza Sauma
★★★

Science Fiction – Social Media
Verdict: I quite liked this meditation on what modern life is doing to us, told via a Millennial who choose to give up her life to move to another planet, a one way trip with all connection to her former life cut off. It’s kinda like a really extreme series of Big Brother. My main gripe was the ending was very sudden and I felt like I’d missed something.
POPSUGAR: 32c. A South American author

Children’s Classic
Verdict: I was basically stuck on a Popsugar prompt and this was available from the library (audio narrated by Olivia Colman which was quite fun). Very different from the Disney film.
POPSUGAR: 10. A book with POP, SUGAR, or CHALLENGE in the title
ATY: 31. A children’s classic you’ve never read

The World That We Knew by Alice Hoffman
★★

Magical Realism – WWII – Golem
Verdict: I haven’t read any Alice Hoffman before and I was pretty disappointed with this. I’m not sure I liked the narrator who was a bit breathy and sad, and magical realism usually doesn’t go far enough for me. There was only a small amount that was really about the golem, mostly it’s a Holocaust story. There were lots of bits of history thrown in, much of which the characters wouldn’t have been aware of, so it felt a bit forced. In her chat at the end she said she didn’t want to get bogged down in history, so she could have told the story without including those bits. If you really didn’t know that much about WWII then you could look it up for context.
ATY: 15. A book by an author from a Mediterranean country or set in a Mediterranean country

Science Fiction – Aliens – Sequel
Verdict: I loved this just as much as the first book and cannot wait to get to the final instalment. If you like your science fiction with science, I suggest you check these out.

Historical Fiction – Ghana – Slavery
Verdict: Not my usual type of book, I often don’t like having to learn new characters every chapter, but this is cleverly done in order to tell the history of the slave trade and its ongoing impact to black Americans.
ATY: 45. A multi-generational saga

Graphic Novel – Young Adult – Halloween
Verdict: This was a super cute seasonal read. I loved the pumpkin patch and wish there was one near my so I could try all those snacks!
ATY Rejects: 4 books related to the four seasons of the year: autumn

Fairytale – LGBT+ – Young Adult
Verdict: This is a retelling of Cinderella with a lesbian romance. I liked that it gave a pretty good explanation for Ash being her stepmother’s house servant. I think it had more impact when it first came out due to the lack of diverse YA around.
POPSUGAR: 43. An “own voices” book

The Month That Was… September 2019