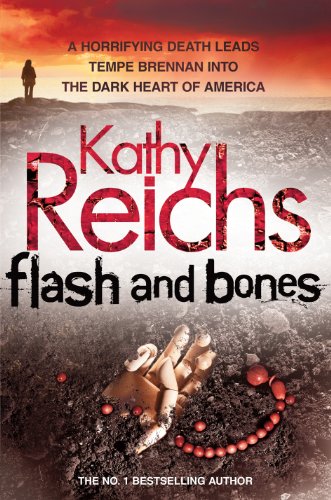 It’s saying something that I chose a Temperance Brennan book as an easy going in-flight read. I remember the days when they were quite challenging, trying to decipher medical terms and a smattering of French. I can’t decide if Kathy Reichs has just lost interest in the series or is purposefully dumbing it down for TV audiences. It does seem a bit of a coincidence that the books started going downhill after Bones got popular!

So, a body is found encased in a barrel of tarmac in landfill adjacent to Charlotte’s NASCAR track. Despite being a bit on the light side, it follows the classic Tempe plot where you know she shouldn’t be sticking her nose in but somehow she ends up overly involved and in some kind of trouble. As a Brit I am bamboozled by the draw of racing cars in a circle so it was the perfect opportunity to explain the NASCAR scene and immerse the reader in the adrenaline but somehow that didn’t happen. The racing side seemed to just be a novel plot device and I think she missed out there. Pixar’s Cars seemed to have nailed it better.

As an easy crime read, it’s not bad but for those of you wanting to return to Tempe’s heyday, you will be disappointed. Better than the previous instalment and handy on a transatlantic flight!

Have you been paying attention?

The Beast of the Camargue