The nation is divided over an apostrophe this week. Waterstone’s has dropped theirs to become simply Waterstones. The use of apostrophes on signs has been a touchy subject for many years, spawning many a small hardback book on the issue. They argue that it has no place in the digital age. Should I be dropping punctuation from my blog perhaps? As many tweeps have pointed out, capital letters have no place in URLs either, yet they have restored their W from the w of their last rebrand.

Whilst the Apostrophe Protection Society is up in arms the real issue is that of the poor homeless apostrophes now roaming the streets of our towns and cities.

I saw the apostrophe on my way to work this morning. It’s not looking too well. twitter.com/WstonesOxfordS…

Another controversial subject on the minds of those I follow is the introduction of the new “Girl Lego”. Lego have produced girl minifigs for quite some time, a quick switch of hair and voila, you have a girl. There are even a few heads that feature make-up but all in all, they were fairly androgynous. The new girl figures offend my aesthetic sensibility but I understand where Lego as a company are coming from, they need to make money and that’s where they think they can make it. Plus a few pink bricks in a bucket is no bad thing.

WHAT THE ACTUAL FUCK, LEGO?!Are you a girl or are you normal: impeus.com/?p=445

However, the people behind Lego’s magazine made a huge faux pas when they decided to switch the magazines sent out to female subscribers. No more ninjas for them! I personally don’t have an issue with the wording of regular and girl editions. Regular means it’s aimed at everyone boys AND girls, and the girl one is aimed at, well, girls (and the brothers that steal their sisters’ toys). I think girls can be girlie if they so wish or they can dress up as ninjas, whatever makes them happy. But I do not think it’s right to switch versions of the magazine based on gender. If they wanted to plug the new girl edition, they could have sent free copies out with the regular edition and given them an option to switch if they preferred it. Instead, if you’re a girl, you get the girl edition unless you inform them otherwise. 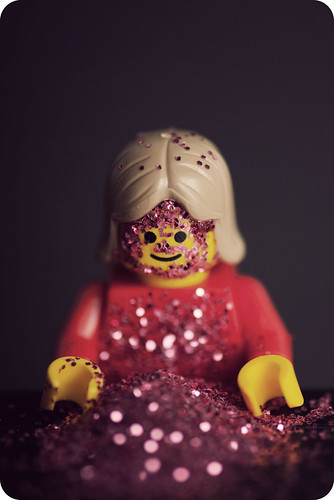 With all that conflict going on, I bet you need something cute and fluffy? If I thought I wanted a sloth after reading Zoo City, I definitely want one after watching this (shared by @laurenbeukes):

Whilst I thought the whole world would have already seen The Joy of Books already, it’s only had a million or so hits. If you missed it here it is:

In other news, many avocado sightings were reported on Monday, I found out I could indeed get a print of the Zoo City cover, and 99% of my British timeline were killing time in anticipation of Sherlock on Sunday. What’s your Twitter world like this week?

Everything begins at Midnight