Home > Uncategorized > Show Off Your Pile

Show Off Your Pile 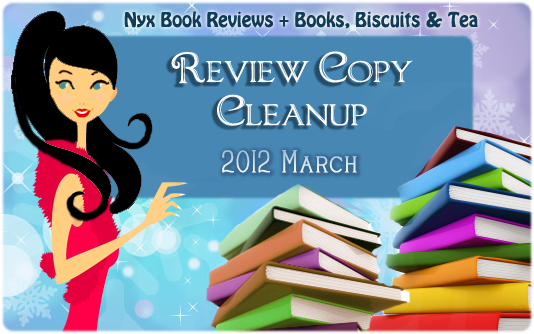 I’m glad it’s pile and not piles, could have made for some unfortunate misunderstandings. March is Review Copy Cleanup month in order to get up to speed with our review reading. Prior to Wednesday, my pile (of print copies at least) was fairly modest…

…and then I went to Simon & Schuster…

So I’m not going to get through all of these this month. I do plan on reading a lot of first chapters so I can decide what goes to the front of the queue and what maybe isn’t my thing. There are also of course a wealth of ebooks that I have hiding on my Kindle that I hope to sort through too. No links to Goodreads today as it will take me all night, but here’s the list:

There may possibly be others but those are what I’ve found so far! I’ll be doing a vlog on Sunday to talk a bit more about the new arrivals.

How to Make Your Cover Look Less Self-Published

10 Things I Have Discovered About Blogging

Winner of The Iron Witch Giveaway