Home > Thriller > A Lesson in Vengeance 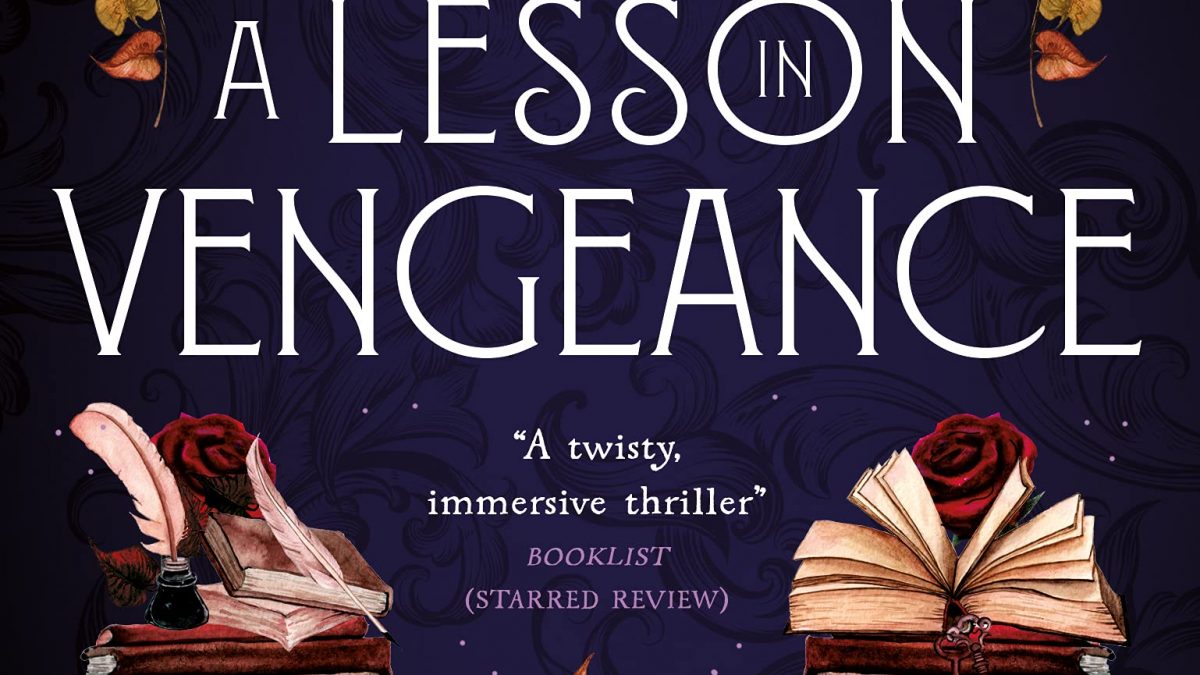 A Lesson in Vengeance 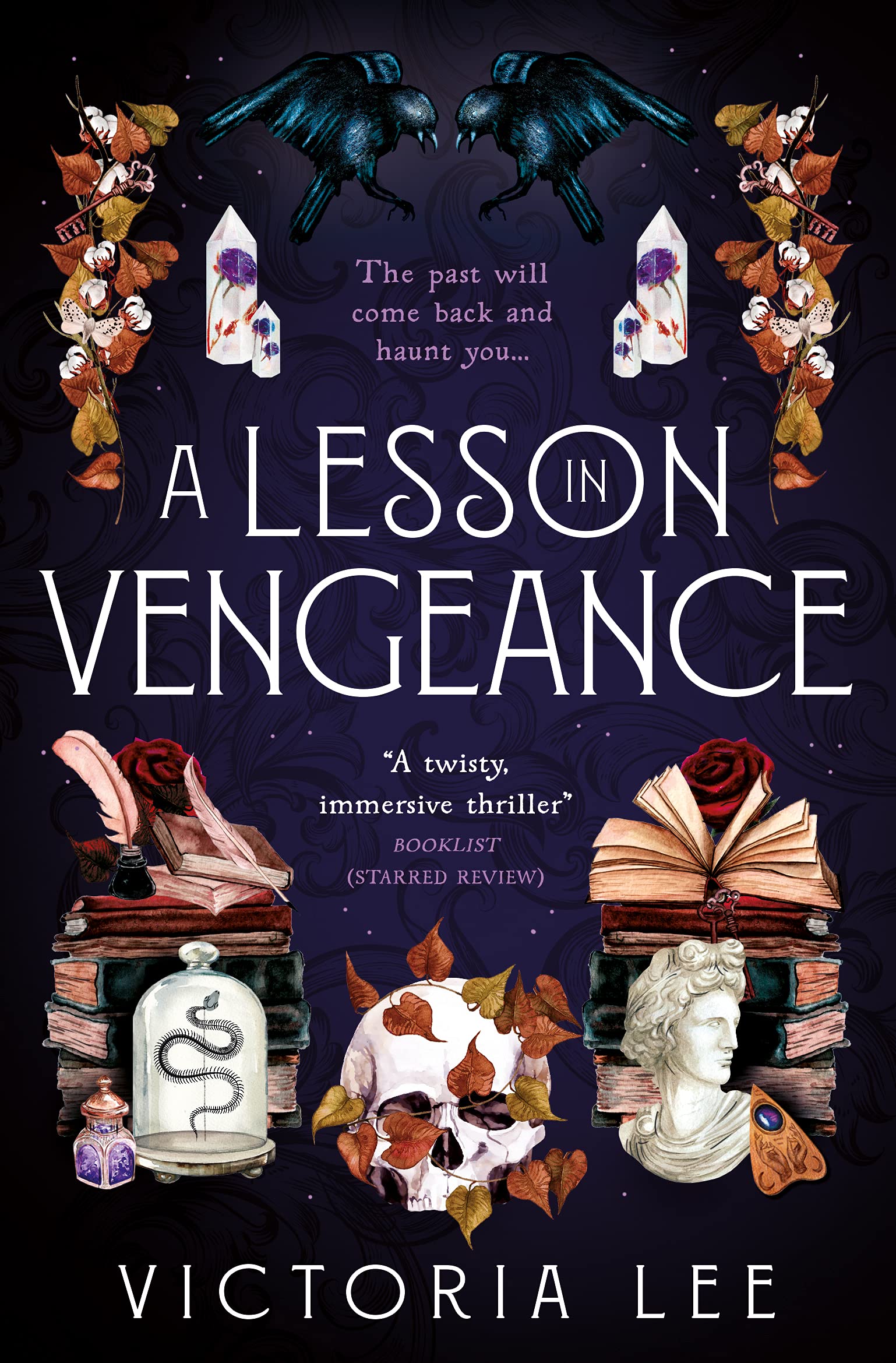 Felicity is returning to the elite Dalloway school following the death of her girlfriend. Everyone thinks she killed her, maybe she did, she doesn’t know what to think any more. Returning to the ramshackle Godwin House, she finds Alex’s old room is now occupied by the new girl. Ellis has come to Dalloway to write about the witches.

The question isn’t whether magic is real; I know it is. It’s whether I can touch it without being consumed by it.

A Lesson in Vengeance is peak dark academia and flaunts it. The New York Times described the subculture as:

A heavy emphasis on reading, writing, learning — and a look best described as traditional-academic-with-a-gothic-edge; think slubby brown cardigans, vintage tweed pants, a worn leather satchel full of a stack of books, dark photos, brooding poetry and skulls lined up next to candles.

For starters, the cover captures this aesthetic perfectly. Ellis is a writing prodigy, at Dalloway thanks to her bestselling book and has been placed in the bookish Godwin house, along with Felicity, who is now studying classic horror. There are tweed jackets with elbow patches, pleated skirts, dusty leather-bound books and the literal skull of one of the Dalloway witches. The students embrace the aesthetic to the core.

The story is dark and brooding. Is magic real, we may never know. Felicity believes she brought Margery Lemont’s ghost into this world during a séance with Alex, and the interrupted ritual left her here. Alex died a few days later. Ellis doesn’t believe in any of it, but challenges Felicity to prove her otherwise. It will be good research for her book, based on the Dalloway witches, who all died one by one in mysterious circumstances.

Before Alex died, Felicity was studying the history of the witches herself. Deemed to be bad for her mental health, the school has restricted her access to the occult books and encouraged to write about a different topic. But Ellis keeps drawing her back into a world of paranoia, where the boundaries of reality and magic are blurred.

When I read the books, the boundary between my word and others shifted. I could imagine other realities. I envisioned the tales so clearly that is was as if I lived them.

This was a fantastic story, a balancing act between fantasy and psychological thriller. Dalloway is not a magic school. Its history is steeped in the legacy of a witch hunt, centuries ago, where the founder’s daughter was tried and charged for witchcraft. Maybe she was a real witch, maybe she was just a young woman persecuted for being different. That ultimately is what Felicity and Ellis are both searching for amongst the stories.

A Conjuring of Light

Emilie and the Hollow World