Monsieur Linh and His Child

Ellie, 11 years ago 1
An old man is standing on the after-deck of a ship. In his arms he clasps a flimsy suitcase and a newborn baby, even lighter than the suitcase. The old man’s name is Monsieur Linh. He is the only person who knows that this is his name because all those who once knew it are dead. 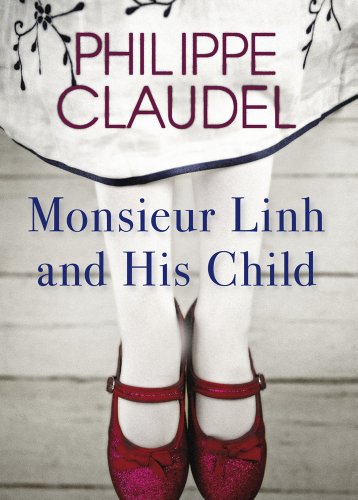 A short and sad little story with a fairy tale quality, Monsieur Linh is a refugee with nothing left other than a child he carries everywhere with him. He does not speak the language and whilst he manages to befriend a local, there is a feeling of isolation and loss throughout. Originally published in French as La petite fille de Monsieur Linh, it has been translated into English by Euan Cameron.

The cover blurb states there’s an “extraordinary twist” but it seems quite clear to the reader what Monsieur Linh fails to see himself. The simple prose works well for a short read (130 pages). Much more and I think I would have lost interest. However Claudel does well to convey Linh’s state of mind without complex character development.

Monsieur Linh is obviously not French so I’m not sure why the translator kept the title of Monsieur instead of using Mr or whatever would have been used in his own country.

Monsieur Linh and His Child is published by MacLehose Press and is currently available in hardback and Kindle formats. Many thanks to Quercus for providing a copy for review.

The Aquariums of Pyongyang

Who is Tom Ditto?