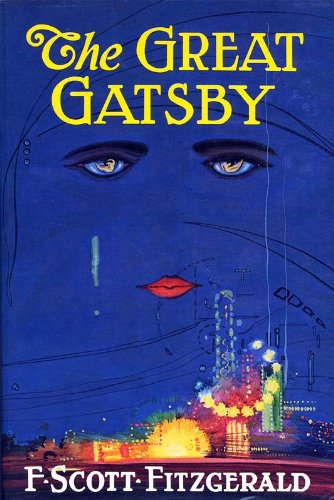 So, The Great Gatsby. It’s set in a superficial Long Island community and is narrated by Nick who is somewhat an outsider in a smaller, less glamourous house next door to Mr Gatsby. He seems to do lunches and goes on excursions with his cousin and her friends and not a lot else. When Gatsby invites him to a party, he begins to understand why he’s there but never really gets to know his mysterious neighbour.

If you were familiar with the sorts of people inhabiting the northern coast of Long Island in the twenties, you might find this an accurate social commentary but they just came across as vacuous, boring people who didn’t seem all that affected by tragedy. Whilst the second half of the book was an improvement, it was lacking emotion. In the end, it’s a boy meets girl, loses girl, finds girl again, barrier now in the way of happiness, do they, don’t they story but without the fun emotional roller-coaster ride you’d get from some good chick-lit.

I found the language a little odd and in places forced. Maybe that’s just what the trend was at the time but it didn’t endear me to the prose:

She was a slender, small-breasted girl, with an erect carriage which she accentuated by throwing her body backward at the shoulders like a young cadet.

There are however some undeniably good quotes, most of which have annoyingly been pre-highlighted in my Kindle edition, but you have to wade through a lot of pomposity to get to them. I can imagine at the time of publication it was an entertaining read but I’m not sure I’d add it to a list of time enduring classics.

Winner of The Elephant Vanishes Giveaway