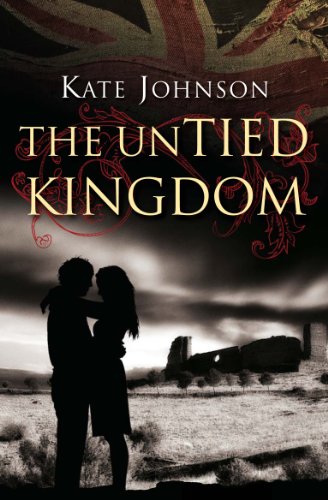 When Eve crashes her paraglider into the Thames she thinks she’s about to die but is rescued by a mysterious stranger. Of course she’s grateful but she starts to worry when she’s taken into Tower Bridge and finds out it’s being occupied by the military. Her knight in shining armour turns out to be Major Harker who thinks she’s a spy and she soon realises this is not the London she knows. She must be in a coma and dreaming it all up…

As a reader we know straight away that Eve has somehow fallen into an alternate universe. One where France is our enemy and Britain is practically a third world country, fighting both international and civil wars. As Eve seems to know so much about technology that is unheard of, they take her on a mission to liberate a computer from coalitionists in the north.

The character of Eve was a bit two dimensional for the most part and over obvious about things at the start. However the world Kate Johnson created is engaging and the plot fast paced so I ended up enjoying more than I thought I would after the first couple of pages. There is a cast of characters that more than makes up for my antipathy for Eve, who fortunately doesn’t hog page space, and it’s certainly not a fluffy read despite a touch of romance.

The author states in the acknowledgements that she’s a big fan of Bernard Cornwell and Terry Pratchett and you can see their influence throughout. As a romance writer she’s made a valiant effort at combining chick-lit and fantasy warfare although it does get a bit soppy in the final chapters. I think it would appeal more to the curious chick-lit reader than an established fantasy fan though.

Carol @ Dizzy C’s Little Book Blog sent me her copy to read after I commented on her review. The Untied Kingdom is published by Choc Lit and is available in paperback and ebook editions.

Circus of the Unseen

The Wrath and the Dawn