Some wandering thoughts on crime fiction 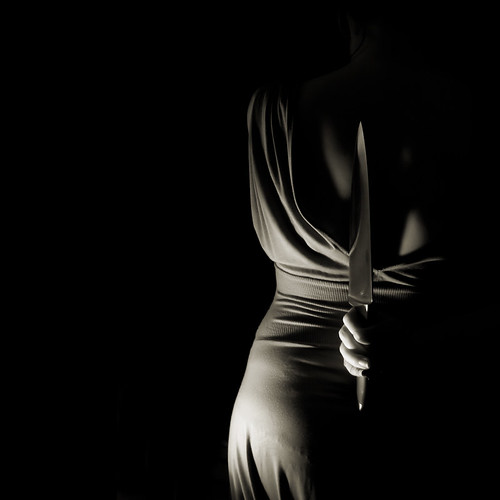 Those of you who pay attention to me may have noticed I’ve been in a bit of a grump regarding crime fiction. It partly stems from all the review requests I get for crime as well as unsolicited copies of books I just have no interest in. It’s a hazard of having the word “killed” in your blog name and a great big blood splatter. Now, don’t get me wrong, I’m not anti-crime fiction, I’ve just lost interest in a lot of the generic crime out there. You know the ones; dead person, damaged detective figure (sometimes a reporter or other person with no business in solving crimes), there’s some detecting, some red herrings, detective goes down dark cellar by themselves in the face of doom, detective gets bashed over head but somehow survives to arrest/kill/permanently disable suspect.


I used to really enjoy those books but I think with time, my tastes have changed. However I do have a few favourite crime authors who I will still read even if they go down that (dark and dangerous) path. There are also a few authors I personally want to read more of but never get round to because the few times I am in the mood for crime, I always feel I should grab something off the overdue review shelf.

So I asked a few publishers to take me off their crime lists. I felt better already and hopefully this will make room for a newbie blogger somewhere to get my cast offs! Then I promptly picked up a crime book to read. There’s no logic sometimes but actually there is potential for new ideas in crime and thriller writing and I am prepared to squirrel them out in my own time and with my own money.

Saying that, I then got a polite email from Emyln Rees who is heading up the new Angry Robot crime imprint, Exhibit A. He was very understanding of my plight and promptly presented me with two titles which he thought I might like the sound of. And you know what? They piqued my interest immediately. Then I get home to find out Mo Hayder has a new Jack Caffrey novel coming out! I am so unbelievably excited as I thought the series was over. So really, it’s not the whole genre that’s got me in a funk.

I’ve never been a fan of James Patterson or Lee Child. I struggle with books that rely too much on action and have never managed to engage with noir or “hard-boiled” protagonists. I do adore Karin Slaughter, Mo Hayder and Tess Gerritsen; Kathy Reichs having fallen off the podium with her last few books (but she got me into reading crime in the first place). I’ve been drawn to more psychological thrillers such as Before I Go To Sleep and those exploring the effects of crime on the victims such as Split Second as well as cross-genre fiction which just happens to centre round a crime as seen in historical fiction and urban fantasy. There’s also an emerging young adult crime sub-genre, which I’m still a little sceptical about but has produced some gems such as Heart-Shaped Bruise.

I’m not writing crime off but I am removing it from my review policy preferences. I hope this post explains this better than my Twitter ranting (of the mild kind). This might even result in more crime being featured on the blog if I’m making time for the kind that interests me.