I’ve been super busy, so this is probably a whole month’s worth of books. First up is my super lovely Ninja Book Swap gift from Kayleigh. It was an exciting package to open up with layers of tissue paper and little dinosaurs peeking out here and there. She got me two new books; The Gospel of Loki and The Girl With All the Gifts (relevant for ninja swapping, yes?) as well as some cute animal stickies (I’ll use these for marking up passages in books), weird tea and some Lindt chocolate. Such a generous gift all the way from Australia, thanks so much Kayleigh!

Also new Lauren Beukes! There was a retweeting frenzy to get a proof on Twitter and I was amazingly near the front of the queue, then I went and got sent a review copy anyway. Really looking forward to Broken Monsters after loving The Shining Girls last year. I’m also excited to get the sequel to A Natural History of Dragons which was awaiting me when I got back from Tunisia.

It was so sad to hear the news about Strange Chemistry. I had been meaning to buy some of their titles for ages, but with so many books, I’d kinda been holding back. Feel a bit bad about that now but picked up a couple of the books while they’re still available.

Gifted:
The Gospel of Loki by Joanne Harris
The Girl With All the Gifts by M.R. Carey

Bought:
Glaze by Kim Curran
Love Letters to the Dead by Ava Dellaira
Stolen Songbird by Danielle L. Jensen
The One by Kiera Cass
Night School: Resistance by C.J. Daugherty
The Immortal Crown by Richelle Mead
Cracked by Eliza Crewe
The Snake Charm by Laura Lam 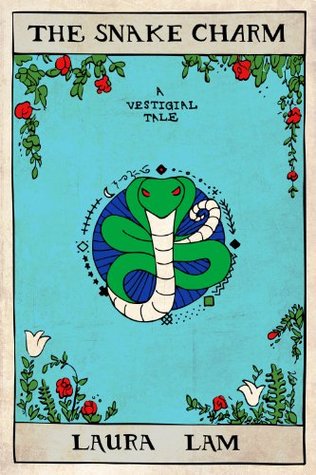 *Duplicate copies are being given away on the blog.

Win a proof of Broken Monsters!