Home > Books In > Ninja Book Swap and other stories… 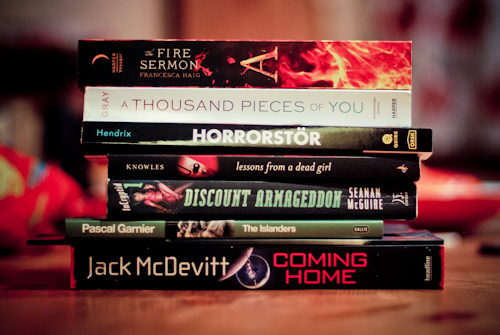 Ninja Book Swap and other stories…

I know, I know. It’s wrong day for this sort of post! But I’m busy at the weekend and wanted to say thanks to my ninja swappee before I forget. Thank you Kelly @ Paper Obsessed! First up, I wholly approve of the wrapping paper. Dinosaurs FTW:

And then inside there were DINOSAUR SOCKS! I love them. One of my books was from the depths of my wishlist so I applaud Kelly for having a good look through. This is why we need ninja swaps. I’m looking forward to starting the Incryptid series which is the only one of Seanan McGuire’s (aka Mira Grant) I haven’t tried yet. There was some yummy looking chocolate and speech bubble sticky notes. There was also a note to say that this wasn’t everything and I would have an extra little treat arrive separately. Exciting!

If you missed out this time, there are three ninja book swaps each year (Valentine’s, Summer and Halloween). Follow @NinjaBookSwap to keep up-to-date.

I’ve been trying hard not to buy books in October what with the swapping and my upcoming birthday. I did have a little slip up as I wanted Horrorstör before Halloween. I think the comic is from a Kickstarter I pledged to ages ago and forgot all about. It looks pretty suitable for Halloween reading too though.

I’m meant to be winding down on review books for the year but a few still crept in. After all the excitement of twin finding on Twitter, I really wanted in on The Fire Sermon action. For some reason I thought it was epic fantasy but I was wrong (although it could be epic) and it’s post-apocalyptic fantasy by the sounds of it. Also looking forward to finishing off the Magicians trilogy.

For review:
A Thousand Pieces of You by Claudia Gray (HarperCollins)
The Fire Sermon by Francesca Haig (Harper Voyager)
Coming Home by Jack McDevitt (Headline)
The Islanders by Pascal Garnier (Gallic Books)
The Magician’s Land by Lev Grossman (Random House)
The North by Sean Cummings 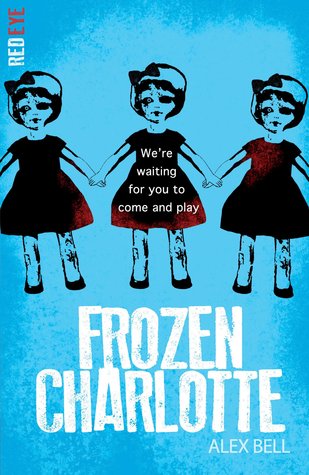 If I Knew You Were Going To Be This Beautiful, I Never Would Have Let You Go