We went for a little book shopping session in Ringwood yesterday as Josh had decided he wanted to read High-Rise by JG Ballard after seeing a documentary. Of course, it had to be out of print, lots of re-sellers taking the biscuit with price and the one that wasn’t expensive cancelled our order because they “couldn’t find the book”. However, it turned out the last remaining copy was residing in Ringwood Waterstones of all places. So we went for a walk round the town, which I’d never been to before, and also popped in their indie bookshop, Paperview, which is sadly closing down. That did mean they have 50% off everything, and Josh technically bought twice as many books as me. I am training him well.

I’m pretty impressed by my restraint these past few weeks, as I’ve been in several bookshops and to a blogger event. The postie does still insist on bringing me book-shaped post though…

For review:
The Shadow Cabinet by Maureen Johnson (Hot Key Books)
The Long Mars by Terry Pratchett + Stephen Baxter (Transworld)
The Dish by Stella Newman (Headline)
The Ice Twins by S.K. Tremayne (HarperCollins)
The Book of You by Claire Kendal (HarperCollins)
I Am Radar by Reif Larsen (Harvill Secker)

Bought:
The Earth is Singing by Vanessa Curtis
Fahrenheit 451 by Ray Bradbury
Not a Drop to Drink by Mindy McGinnis

Freebies:
Half a King by Joe Abercrombie
The Fire Sermon by Francesca Haig
The Boy in the Smoke by Maureen Johnson 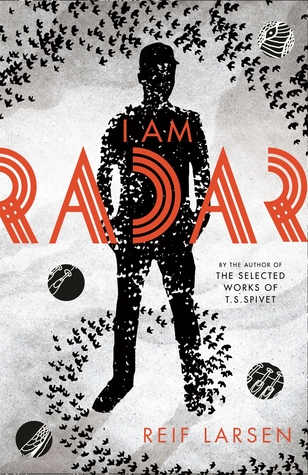