Last month I signed up for The Reading Quest and I had high hopes of doing more than one quest. Hah! Well today is the last day and I have just finished my last book for the Mage path. So I’m happy I finished it and remind myself not to have too high expectations of these things.

I finish up on level 3 with 100 XP and 205 HP. I read 6 books, with three of them being from diverse authors. My favourite was definitely The Fifth Season by N.K. Jemisin.


One Word Title: Release by Patrick Ness
Contains Magic: Akata Witch by Nnedi Okorafor
Based on Mythology: Circe by Madeleine Miller
Set in a Different World: Siege and Storm by Leigh Bardugo
–> Expansion: The Witch of Duva by Leigh Bardugo
First Book of a Series: The Fifth Season by N.K. Jemisin 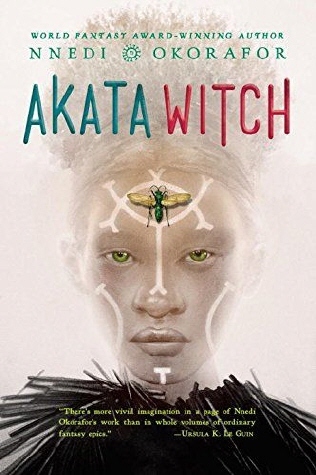 I still need to review Akata Witch and Circe. It will be a while for Circe as it isn’t out until next year but if you love Greek mythology add it to your wishlist. It follows a few different myths from the point of view of the witch (she’s the one in the Odyssey who turns men into pigs) and pulls them together in such a fantastic way. There are the back stories of the Minotaur and Scylla and a completely different take on Odysseus.

What is Visionary Fiction?

What to do with a negative review?

The Iliad, The Odyssey and All of Greek Mythology in 99 Minutes or Less