Racing Against The Film Industry 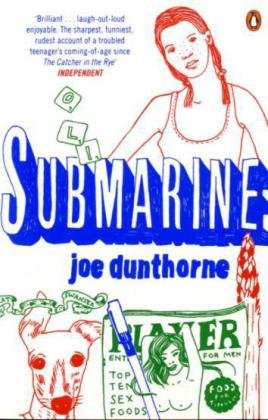 It seems the film industry has tapped into my TBR in order to find material for scripts. Looking at my bookshelves, there are many books that didn’t exist on film when I obtained them but have since been adapted. This year there’s Never Let Me Go, Water For Elephants and the relatively unknown Submarine; all books I’ve had sat on my shelves for at least a year. Whilst book people are generally pretty good at not giving out spoilers, the same can’t be said for those that love films. People like to know what a film’s going to be about before parting with their hard earned pennies, but as a reader, I like to start a book knowing as little as possible. Once a book has been made into a film, it’s hard to ignore it. When I went to see Never Let Me Go (after finally getting round to reading it), I saw the Water For Elephants trailer and felt like sticking my fingers in my ears and going ‘lalalala’. I promptly read my copy and am now looking forward to the release of the film. I have to admit it looks pretty spectacular.

I picked up Submarine after Joe Dunthorne wrote and read a version of Hansel and Gretel for a Shoot London event. It’s one of those books that I felt I had as long as I like to get round to reading it. Now there’s pressure…and I sort of want to see the film now I’ve heard it’s directed by Moss from The IT Crowd. With any luck the film will be as low-key as the book and I can patiently wait for the DVD.

Love is a Pygmy Mouse Lemur

A is for… Afanc