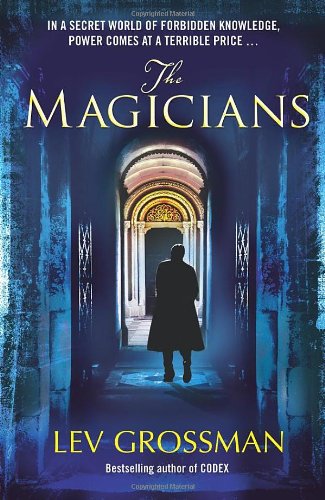 Commonly described as “Harry Potter for adults”, The Magicians is much more of a homage to the Chronicles of Narnia, with a passing nod to JK Rowling’s world and a dash of Pullman here and there. I even thought Quentin and Eliot’s friendship was a bit Brideshead at times, especially when Eliot began his descent into the bottle. Lev Grossman is obviously a huge fan of the high fantasy canon but I think he weaves those ideas into a world unique to him.

Brakebills is an Ivy League college with a difference. Yes, every student is insanely intelligent and most likely a social outcast in the real world, but they also have the power of magic. Quentin had always been a bit of a loner, with an unrequited love of his best friend’s girlfriend and an obsession with the childhood books of Fillory. The world of Fillory and the Chatwin children is clearly based on C.S. Lewis’ Chronicles of Narnia and the books become more and more important to the story as time goes on. Once at Brakebills, it seems everyone has read them.

Going back to the comparison to Harry Potter, I never felt that world was very real. It might have been entertaining but it was all very black and white and full of the fantastical. The Magicians comes across as very real, despite the fact that there’s magic and things that are not understood. At one point, a professor warns them not to dig to deeply into the why, just to concentrate on the how.

At the core of the novel is the idea that no good can come of chasing fantasies no matter how much you think your real life sucks. Quentin has never been particularly happy with his lot but there are moments that he will look back and and think “if only”.

At times I felt it was a little long. It is quite slow paced, which is by no means a bad thing, but those looking for an action packed adventure story might want to look elsewhere. The action scenes were probably my least favourite aspects of the book, not entirely convincing and I did tend to skim over them. The ending is fairly open but with the release of the sequel this September, I think we can now guess what it means for Quentin. I’ll be reviewing The Magician King next month.